I wanted to share some of my recent makeup purchases.  Most of the things I purchased were bought with some Christmas money I was given.  I don’t really plan on doing regular makeup hauls, or anything like that.  Most of these things were new things that I was excited to try, so I thought it’d be fun to share.

I’m not sure if anyone noticed, but last month my blog was absent of a Birchbox post.  Something happened with Birchbox’s shipping partner and there was a number of members who didn’t receive a box.  I was one of those members, and they reimbursed me with Birchbox points.  I took advantage of the points I had accumulated and a promo code to purchase some products I’d heard about and wanted to try, and also an item that I liked from one of my previous boxes. 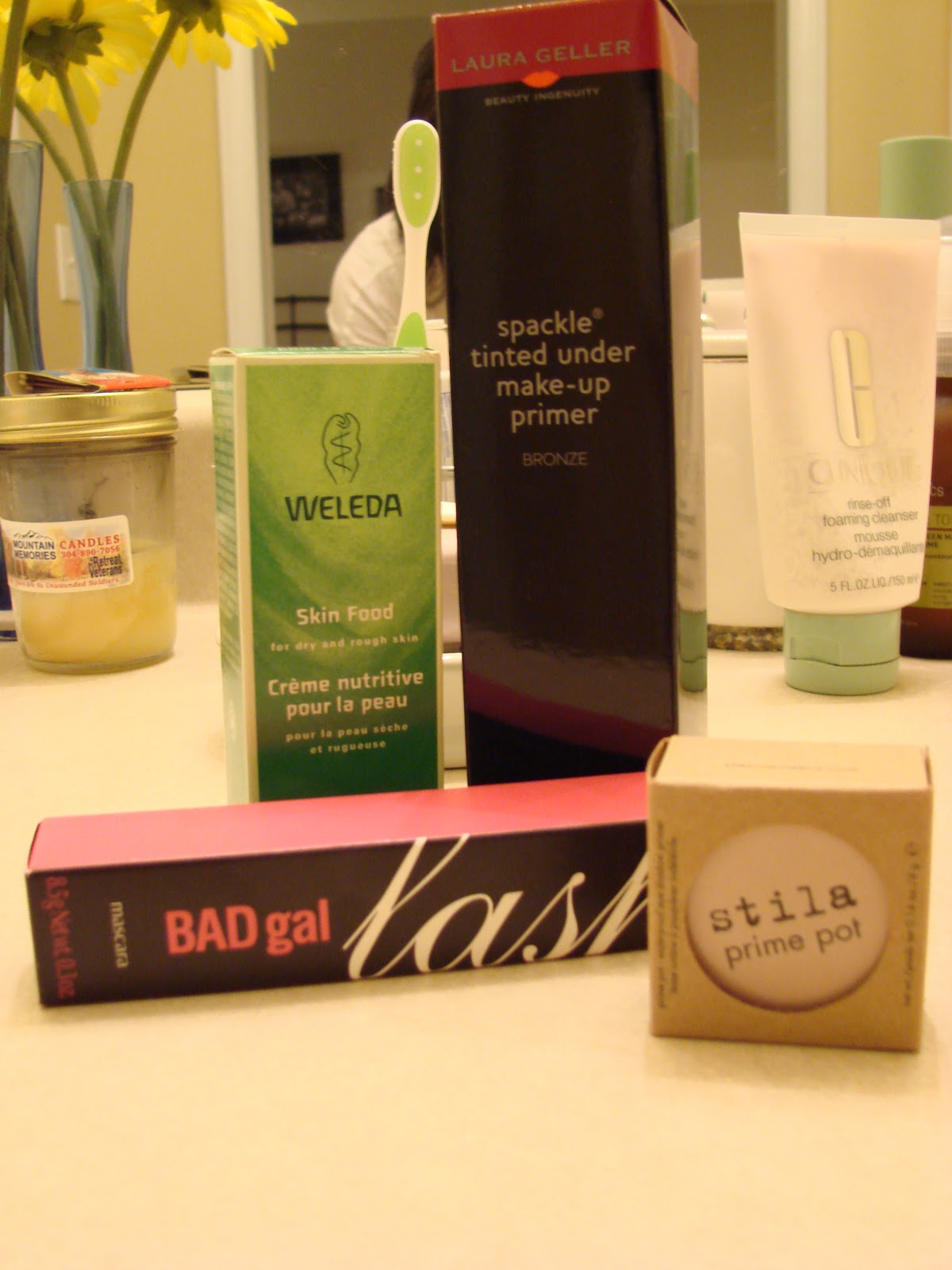 I purchased Laura Geller’s Spackle Tinted Under Make-up Primer in Bronze (love this stuff!!), Weleda’s Skin Food, Benefit’s Bad Gal Lash Mascara, and a Stile Prime Pot in Taffy.  I’ve tried the Spackle before, of course.  All the other things were new to me.

I put Weleda Skin Food in my cart just because I needed the total to be a certain dollar amount to get $$ off, but I am pleasantly surprised with it!  The name doesn’t give its purpose away, so I’ll let you know that it’s hand cream for very dry skin.  It’s very thick and has a nice citrus smell to it.  I always keep hand cream or lotion in my desk drawer.  Since I go through it so fast, I like to rotate and try new lotions.  This might become a staple, though! 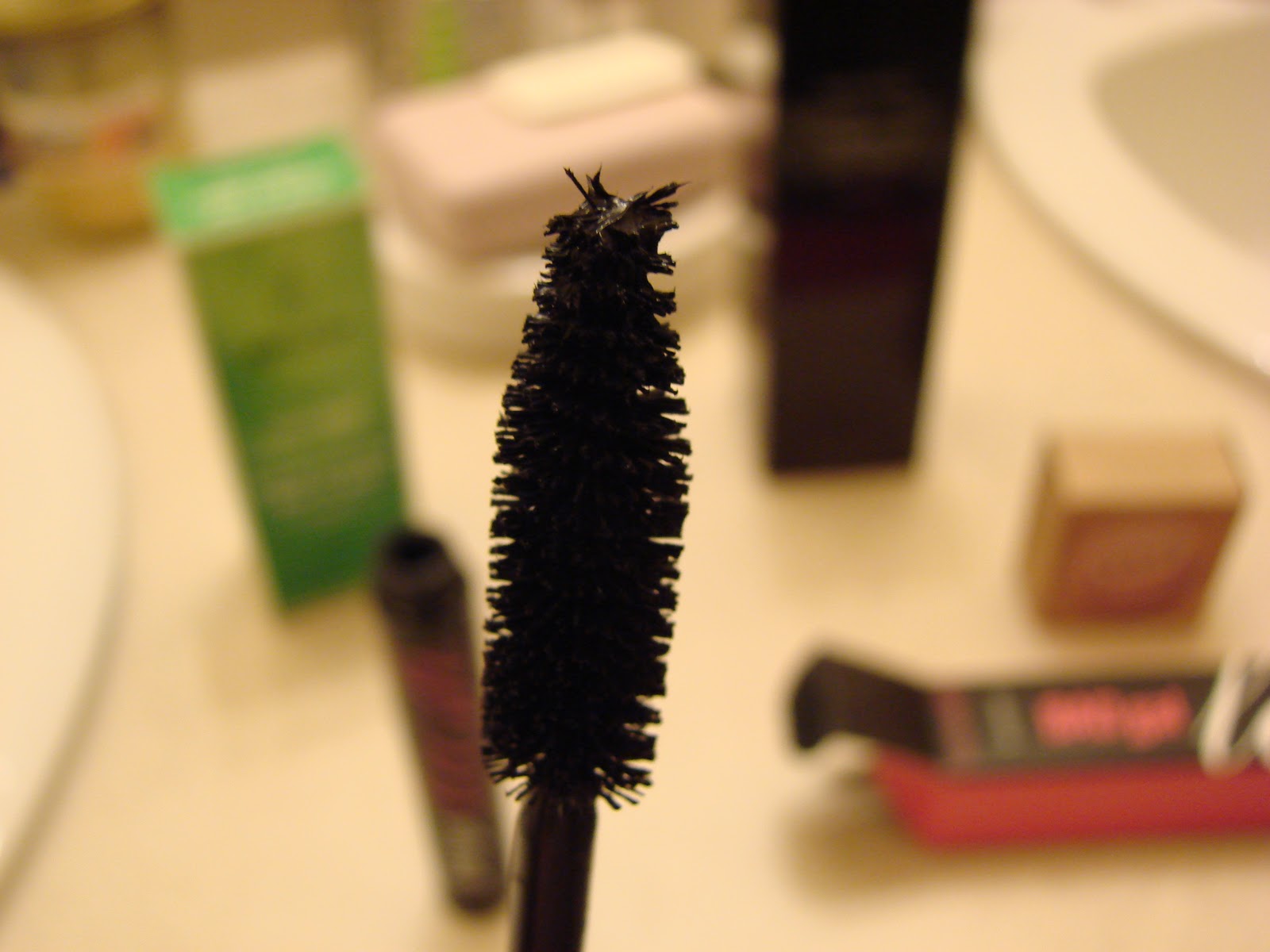 Benefit released a new mascara this year called They’re Real!  Through reading reviews on blogs and watching reviews on YouTube, I also heard about this mascara.  It’s called Bad Gal Lash.  It is not waterproof and it’s supposed to volumize lashes.  Since this mascara isn’t waterproof, it might not work for me (having skin that tends to be oily, and having allergies, and living in a humid climate does not help with the wearing of mascara); however, I am willing to try it out. 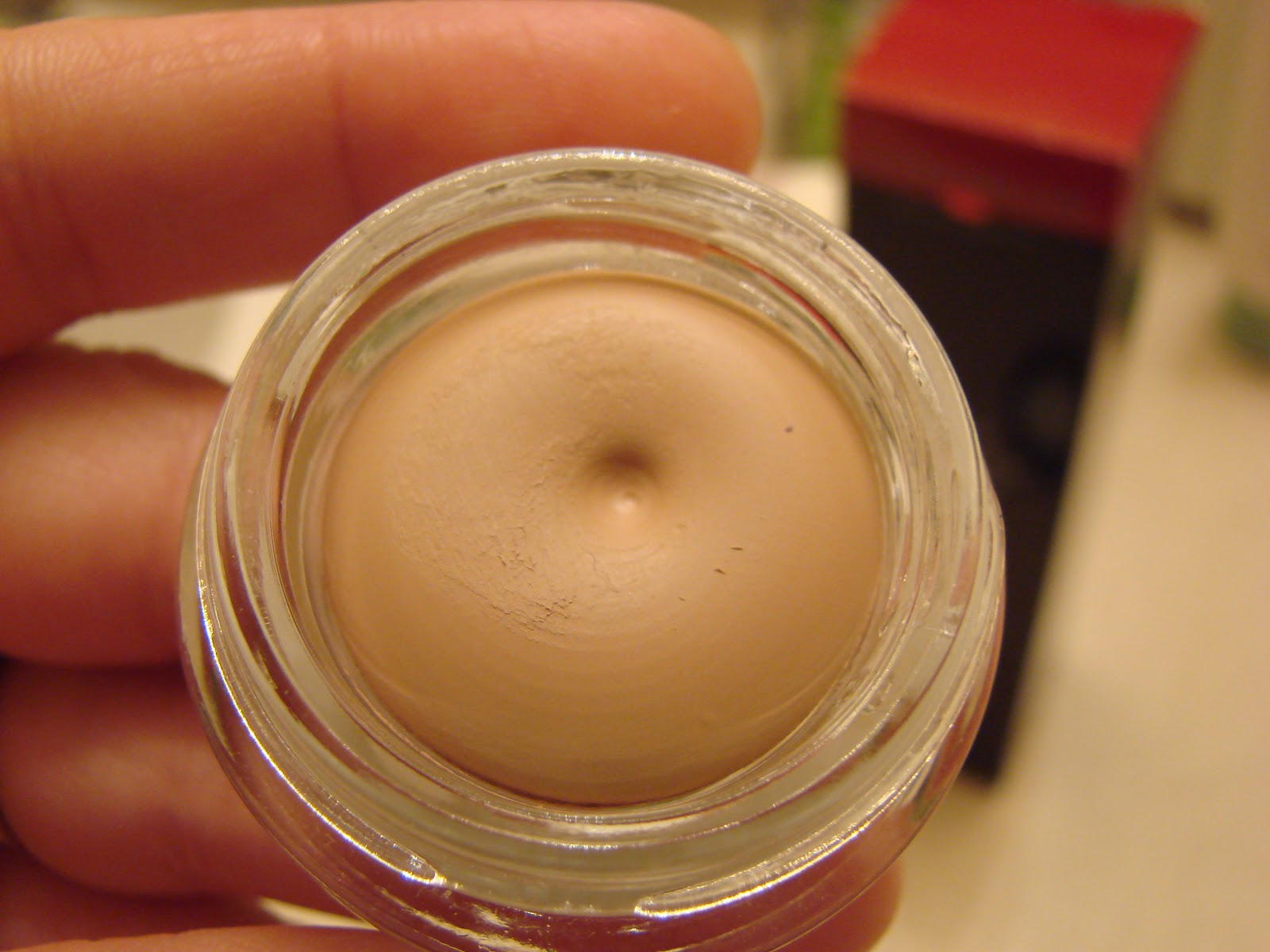 The last item that I got is a Stila Prime Pot in Taffy.  This color is recommended for people with fair skin.  The primer I’ve been using is Urban Decay’s primer potion, but I’m about to run out.  Since I was going to use up some points and also had a promo code, I decided to get my primer this way instead of forking out $18 for Urban Decay’s! 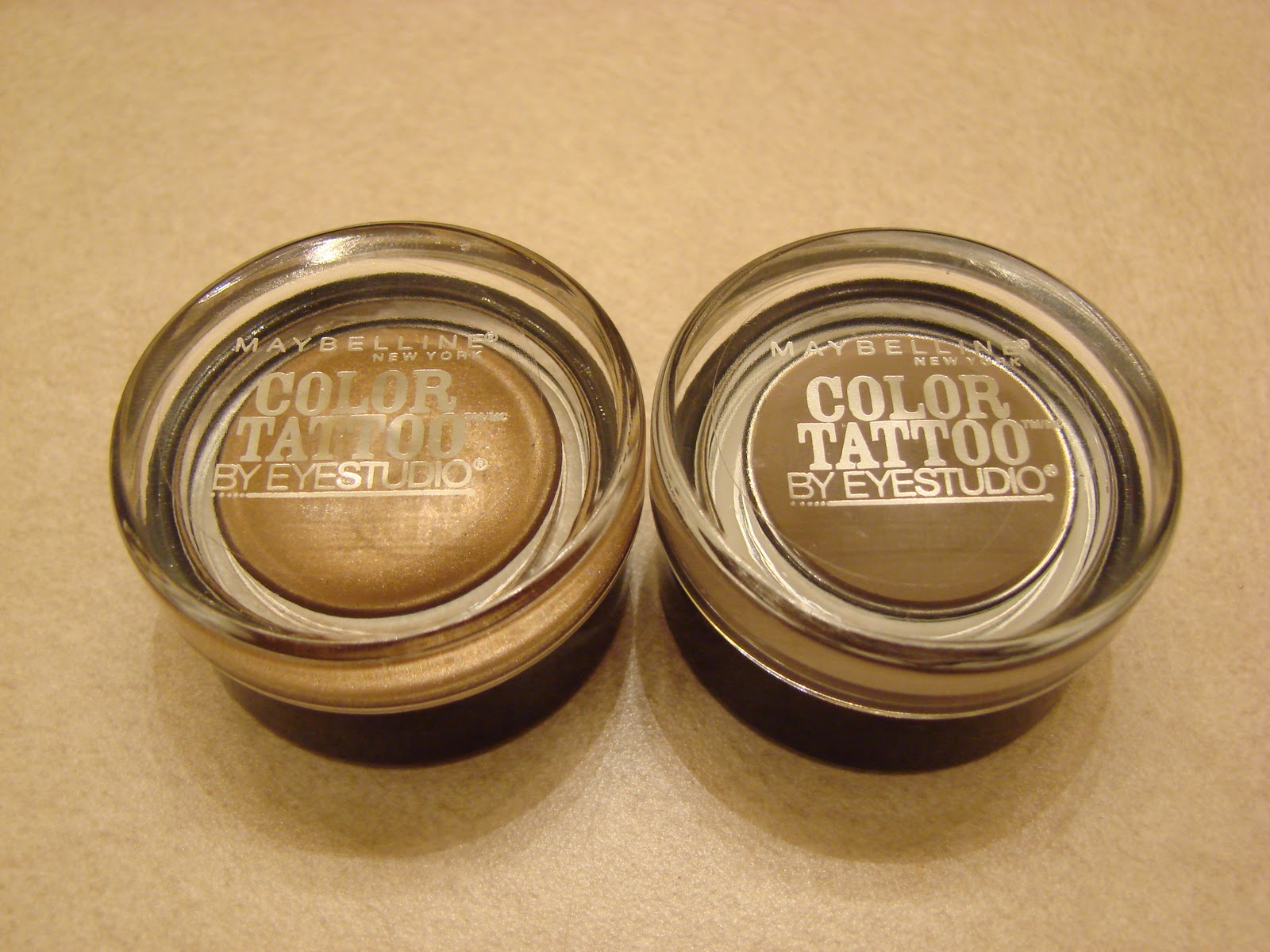 This is a purchase I made from Target last week.  Maybelline came out with a line of cream eyeshadows called 24-hour Color Tattoo.  This was another thing I heard about through some blogs and YouTube reviews.  It’s said that these cream eyeshadows can be used as primers and that they outlast Mac prime pots. 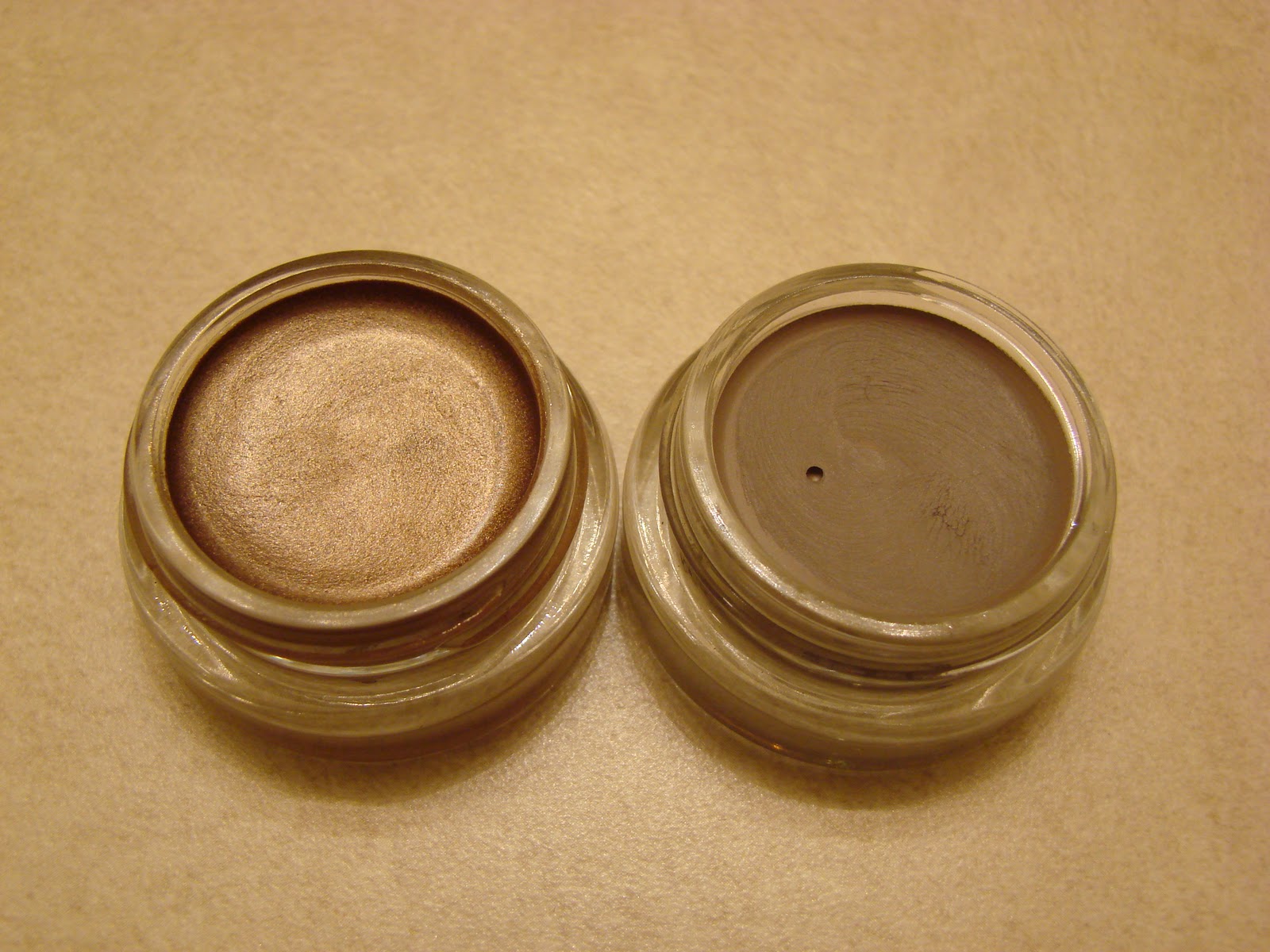 I don’t have any experience with Mac prime pots, but apparently that they are very long lasting.  I picked up these two colors in the Color Tattoos cream shadows.  The left is Bad to the Bronze, the right is Tough as Taupe.  I’ve used the Bad to the Bronze, and it lasted all day. 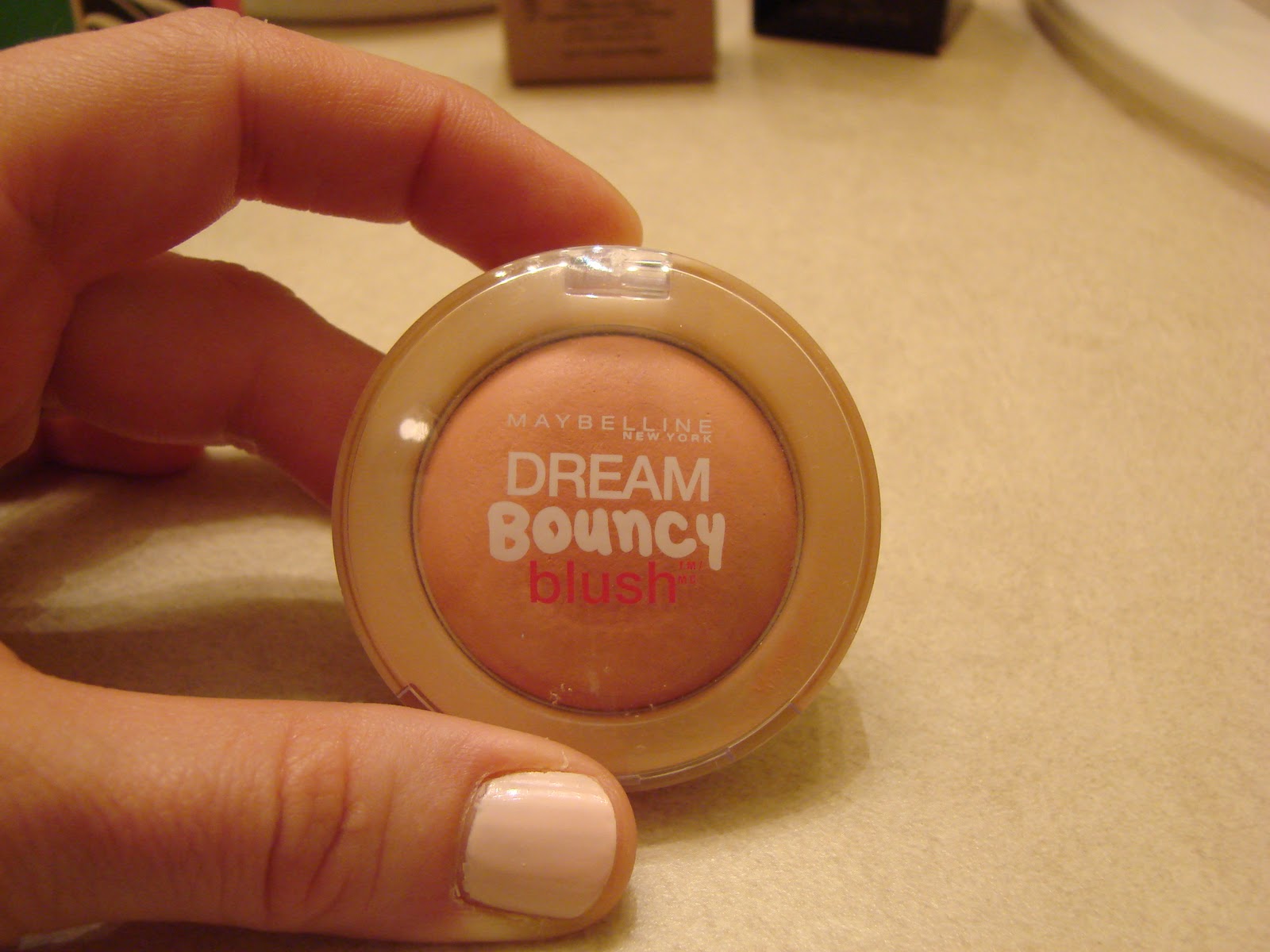 And here’s another new release from Maybelline.  This is a blush from their new Dream Bouncy Line.  These blushes are meant to be easy to apply like a powder, but extremely blendable like a cream.  And the weird thing is?  It’s squishy.  Seriously, you can squish it like memory foam.  It doesn’t bounce back, though, which is why you don’t see any squish marks in mine. 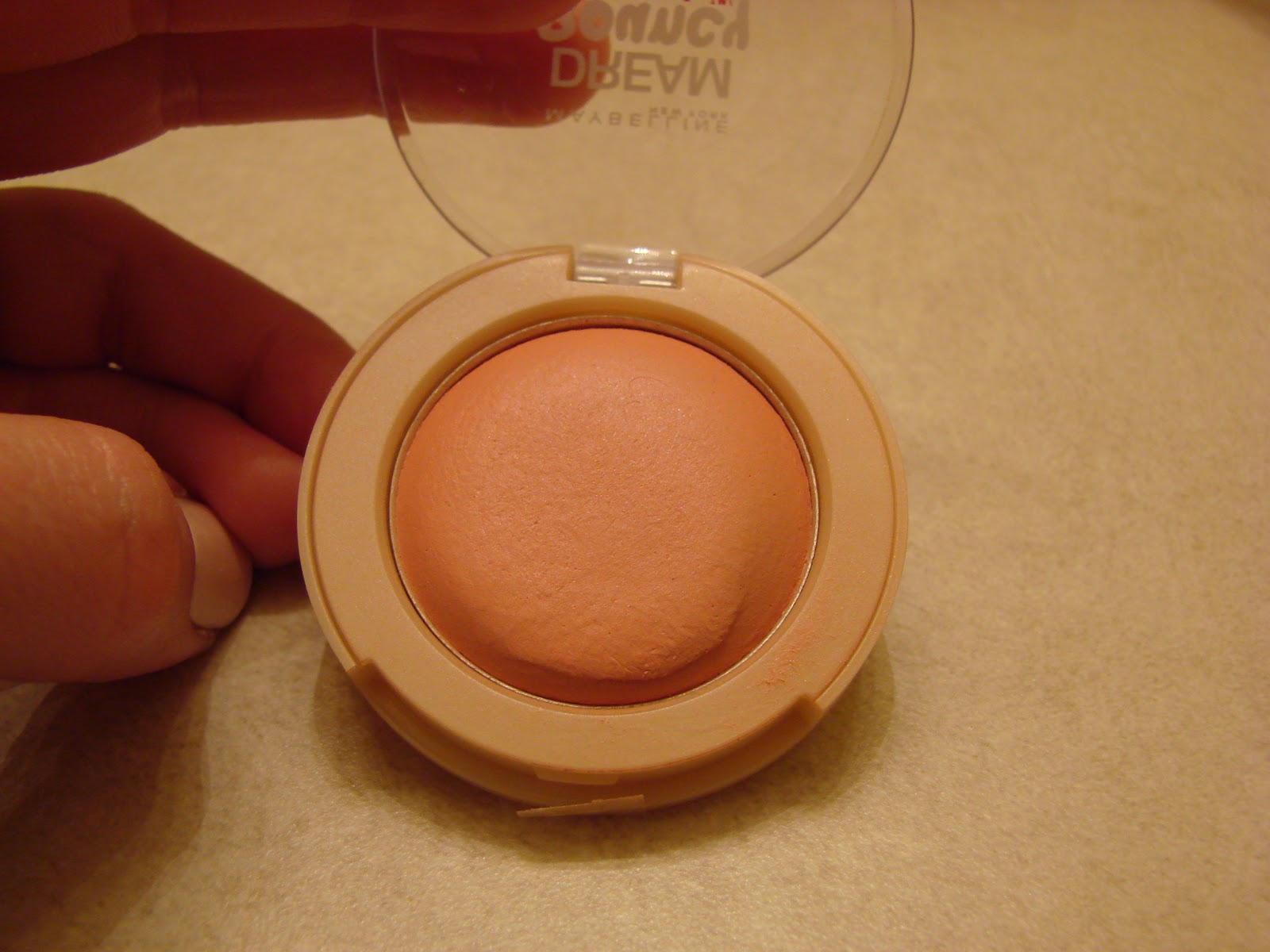 You can, however, see where my blush brush squished it down a bit at the bottom.  This color is called Rose Petal.  The colors in this line are all gorgeous, but I felt like this would be the most flattering on my skin.  It’s super blendable and it lasts a long time.  Usually, by midday my blush is looking blah, but that was not the case with this blush. 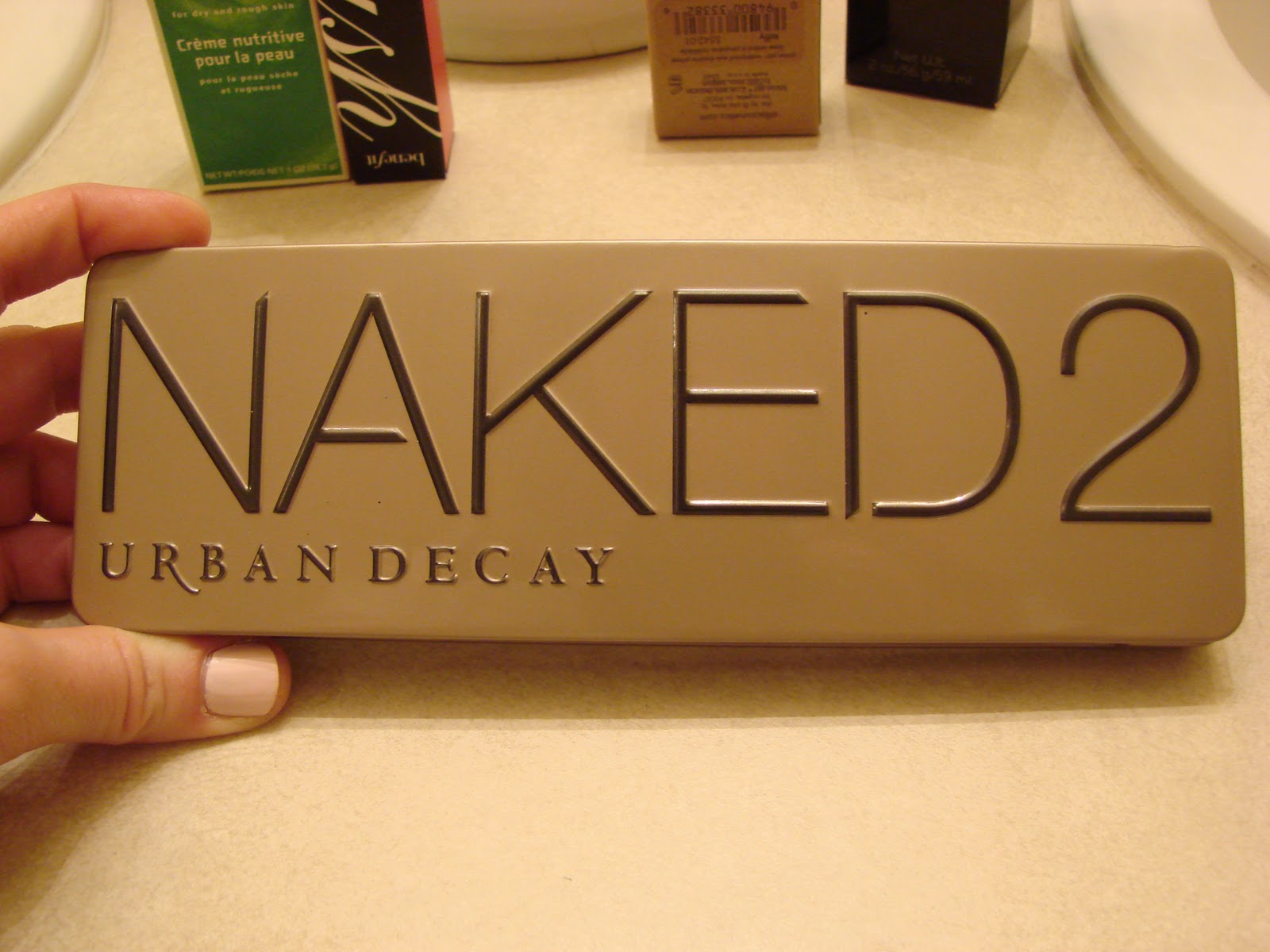 This is my last makeup purchase, as in the last I have to show you and the last one that I made.  It’s Urban Decay’s Naked 2 palette!  I’m sure you remember that I really, really like the original Naked palette.  I use it nearly every day.  This new palette isn’t meant to replace that palette, but to be a ‘sequel.’ 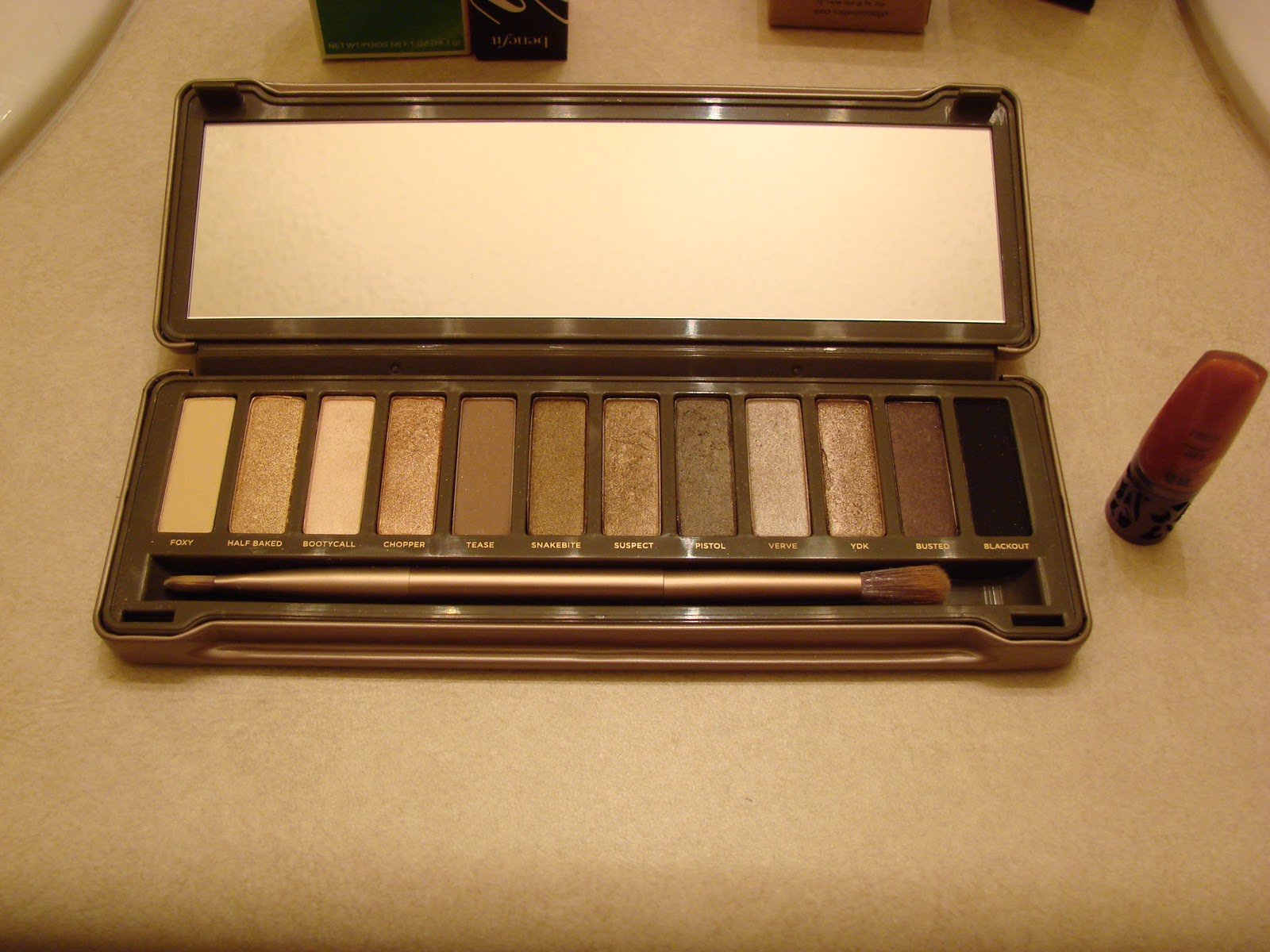 While the first Naked palette had more golden-toned shadows, this one includes more cool-tones.  The first Naked palette also came with a brush (originally, it came with a double-ended Glide-On Eyeliner pencil) and a mini primer potion.  This palette comes with a double-ended eyeshadow brush (one side is a shader, the other a blender) and a mini Lip Junkie in Naked.  I’ve used this palette almost every day since I’ve gotten.  So far, I’m pleased.  It doesn’t replace the first palette for me, but rather gives me a larger selection of beautiful neutral shades.

So, there you have it!  If you’re still reading, that was probably the most makeup I’ve bought in two weeks … ever.  It’s not my usual thing to purchase that much at once, but it was fun since it was Christmas money.