If fall isn’t the season for curling up with a good book and a cup of tea, then I don’t know what is. Last week, it was so rainy and dreary, all I wanted was to get out a book and read all day long.  Alas, adulting had to happen.  Here are six books I want to read this fall! 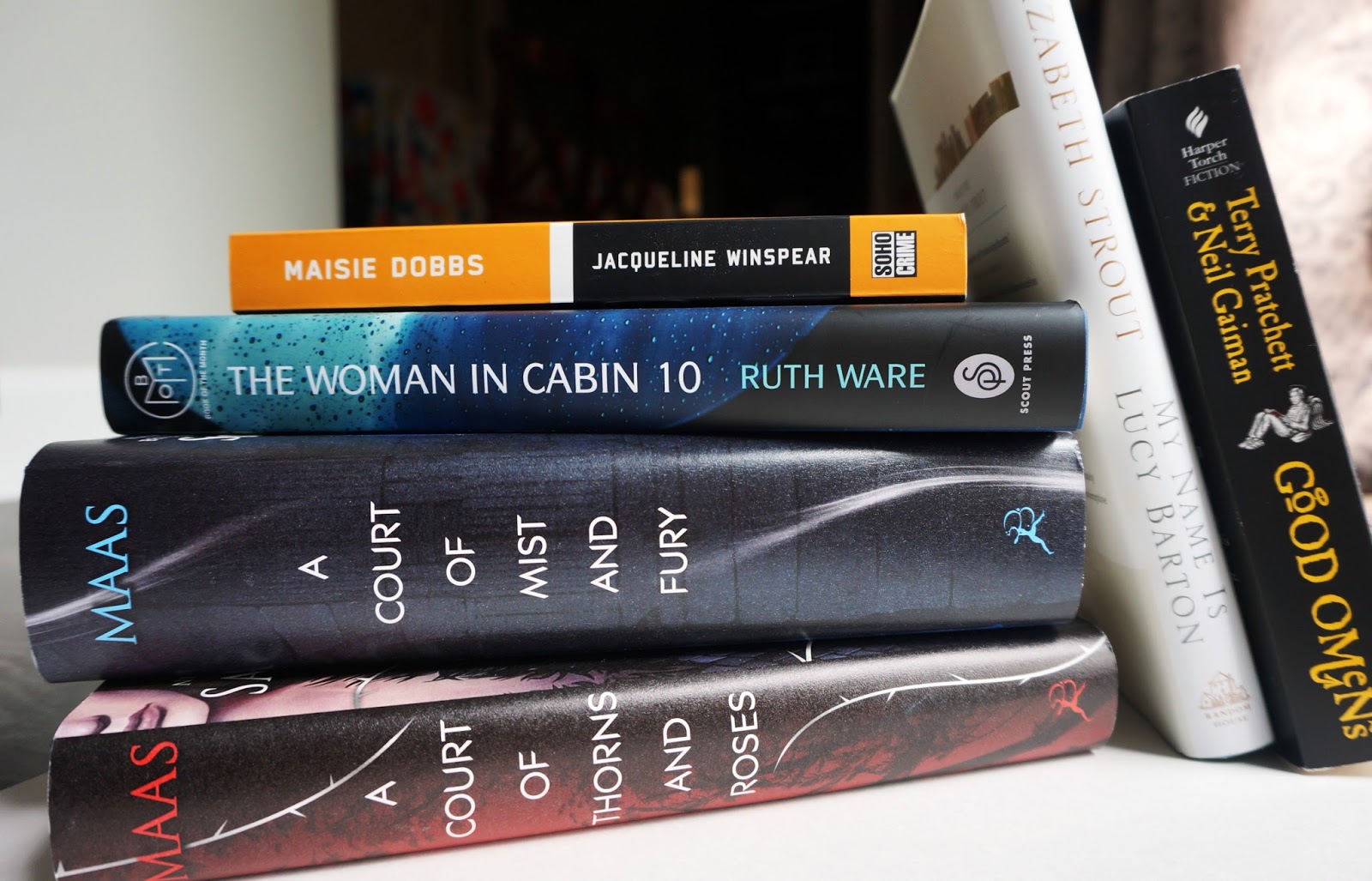 A Court of Thorns & Roses and A Court of Mist & Fury by Sarah J. Maas

I bought both of these books as soon as they came out.  I haven’t gotten into Sarah J. Maas yet, but maybe these will change my mind.  Her other series, Throne of Glass, is very popular; however, I couldn’t get into it.  The Court of Thorns & Roses series is a retelling of the Beauty and the Beast story.  Beauty and the Beast just happens to be my favorite Disney movie, so I hope this will be just as good!

The Woman in Cabin 10 by Ruth Ware

This will be perfect for October!  It’s a spooky story about a lady on a cruise.  Another passenger is thrown of board, but all passengers are accounted before.  No one believes that the passenger is missing.  It sounds like an Agatha Christie or Hitchcock murder myster, and I’m very excited to read it.

This is a murder mystery series that is pretty popular.  This follows Maisie Dobbs, who is a nurse in WWI.  After the war, she becomes an investigator.  When a case takes her to a home for convalescent soldiers, she is forced to face a part of her that she lost in the war.

My Name is Lucy Barton by Elizabeth Strout

I’ve been meaning to read this since it came out.  This story is about Lucy Barton.  She has surgery and has to stay in the hospital for a little longer than expected.  During her hospital stay, her mother comes to visit her.  Lucy and her mother haven’t spoken for years. They make small talk, but under the surface is all the tension of their relationship.  I like stories about dysfunctional families and since The Nest disappointed me, maybe this one will be good!

This is another good read for October.  I’ve been meaning to read this for so long!  In fact, it was probably in all of my tbr lists for last year.  There is absolutely no way I can do the synopsis justice, so here is the info from the back:

“According to The Nice and Accurate Prophecies of Agnes Nutter, Witch (the world’s onlycompletely accurate book of prophecies, written in 1655, before she exploded), the world will end on a Saturday. Next Saturday, in fact. Just before dinner.

So the armies of Good and Evil are amassing, Atlantis is rising, frogs are falling, tempers are flaring. Everything appears to be going according to Divine Plan. Except a somewhat fussy angel and a fast-living demon—both of whom have lived amongst Earth’s mortals since The Beginning and have grown rather fond of the lifestyle—are not actually looking forward to the coming Rapture.

And someone seems to have misplaced the Antichrist . . .”

Does that not sound hilarious?

What will you be reading this fall? Are you looking forward to any new releases?