Today, I want to share my thoughts on my most recent read.  This summer, I participated in the Modern Mrs. Darcy’s Summer Book Club.  I was on track for most of it, until I wasn’t and then I got extremely behind.  In fact, I’m so behind that the book club has pretty much commenced and I’m not done with the summer books yet.  Summer was just so crazy and busy, but I still want to finish my summer books before I start the fall book club.  Can anyone relate?

Here are my thoughts on The Nest by Cynthia D’Aprix Sweeney. 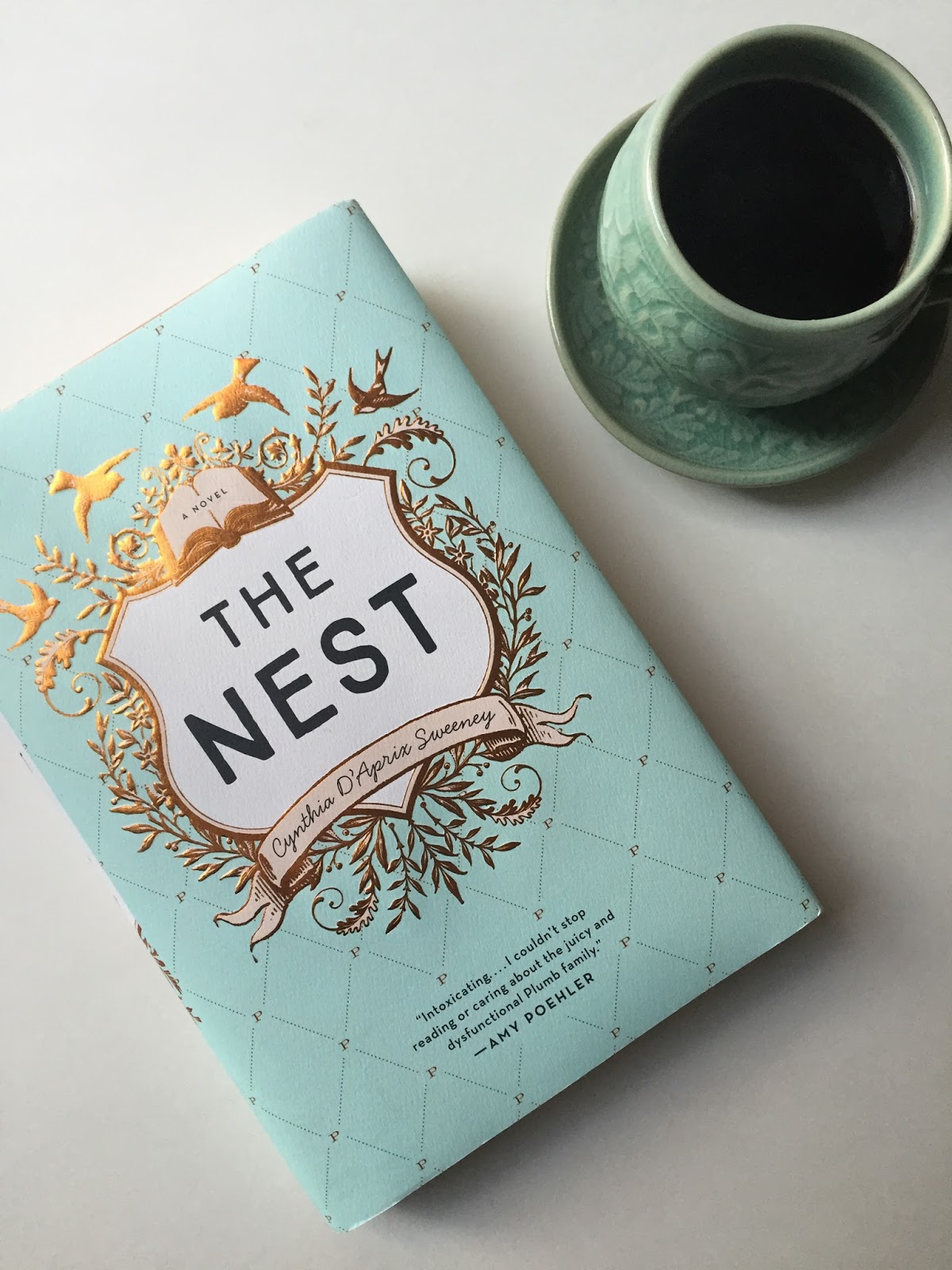 The Nest centers around the Plumb family.  They are slightly affluent, or at least well known, in New York society.  The Plumb family consists of the mother Francie and four siblings named Jack, Leo, Melody, and Bea.  Their father passed away, leaving them a trust fund they called ‘the nest.’  The money can’t be touched until the youngest sibling turns 40 years old.

However, before they get to that point, Leo makes some pretty horrible decisions which results in Francie draining almost the entire nest to keep the situation out of the news.  The siblings are furious, as they had each been banking on the money to get out of serious money problems.  Each sibling has their own reasons for ‘needing’ the money, and they each keep it secret from their significant other.

Leo comes out of rehab with a plan to pay back the money, but he has a strict deadline — Melody’s 40th birthday.

Long review short, I thought this book was annoying and pointless.  It was full of first world problems.  I couldn’t care about any of the characters.  They were all handed opportunity and money, but they did nothing with either.  I could make a list of things I disliked about each character, but what it boiled down to was none of them appreciated what they were given.  The trust was to be given to them after they’d worked hard and established careers, it wasn’t meant to be a safety net so they could squander away money for the majority of their adult lives.

There was not one character that I liked, except maybe Leo.  I went into this book very excited, because the premise was interesting.  I enjoy stories about dysfunctional families, but I’ve learned that those types of stories are more enjoyable when the family comes together in the end despite their differences.

Have you read The Nest? If you liked it, I’d love to hear your thoughts!