Happy Monday, friends!  We had such a wonderful weekend.  🙂  This week, our oldest son turns 10. 10!!!  It is so hard to believe that we have to buy double digit birthday candles already.  This is so cliche, but that quote about the days being long and the years being short is so true.  We are over halfway to his being 18.  It does make me sad in a way, but I am also so proud of him.  He is so sweet and responsible.  Side note: As soon as he was done opening his presents, he cleaned up all the trash by himself.  Without being asked.  It’s small moments like that when I think we’re doing a really good job.  Then, the kids all start bickering and we’re back to normal again.  😉 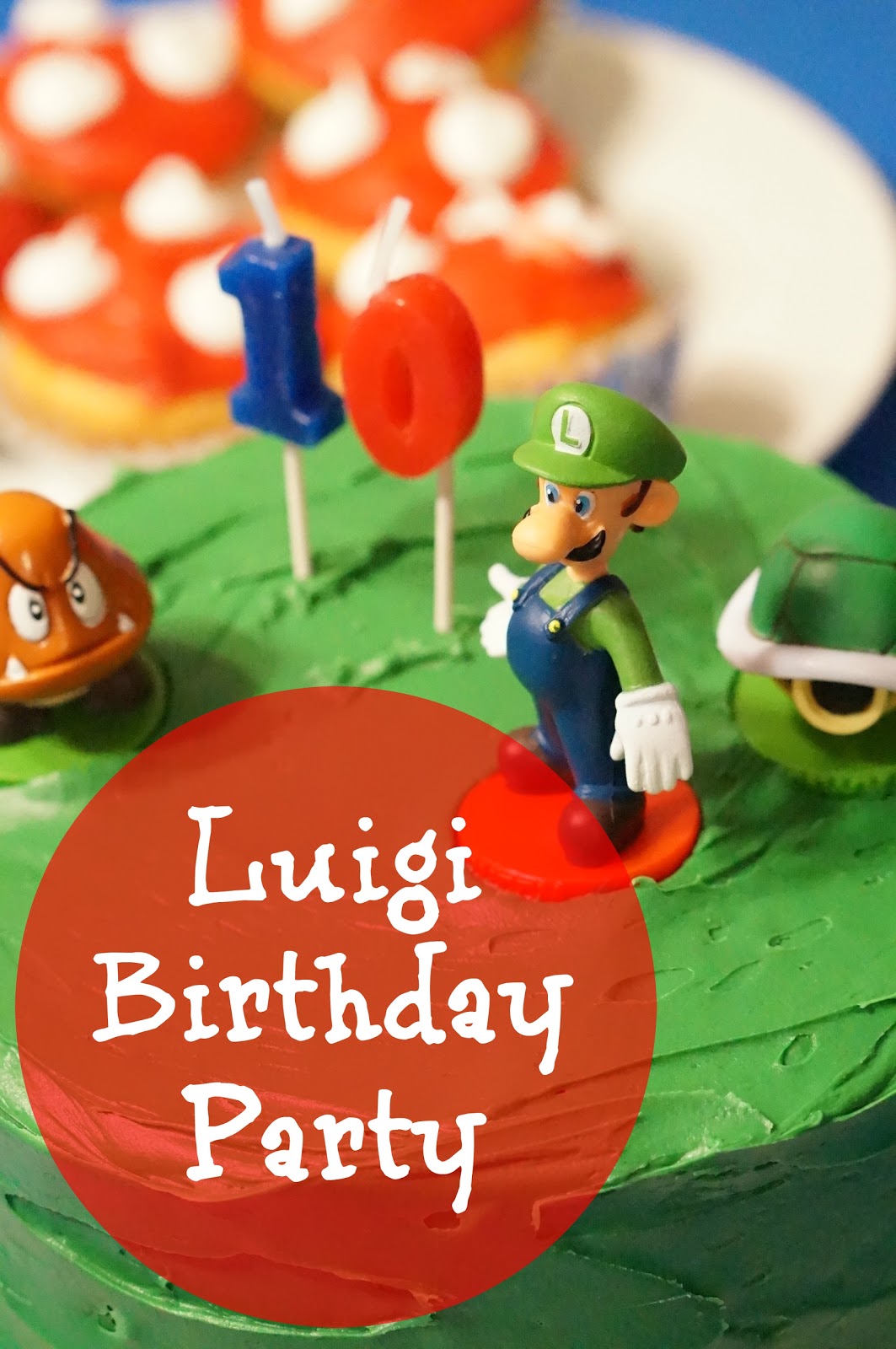 I love throwing birthday parties for our kids.  It is so much fun to pick a theme and get creative with it.  Pinterest is a huge source of inspiration for me when it comes to parties, so I will link to any ideas I found. 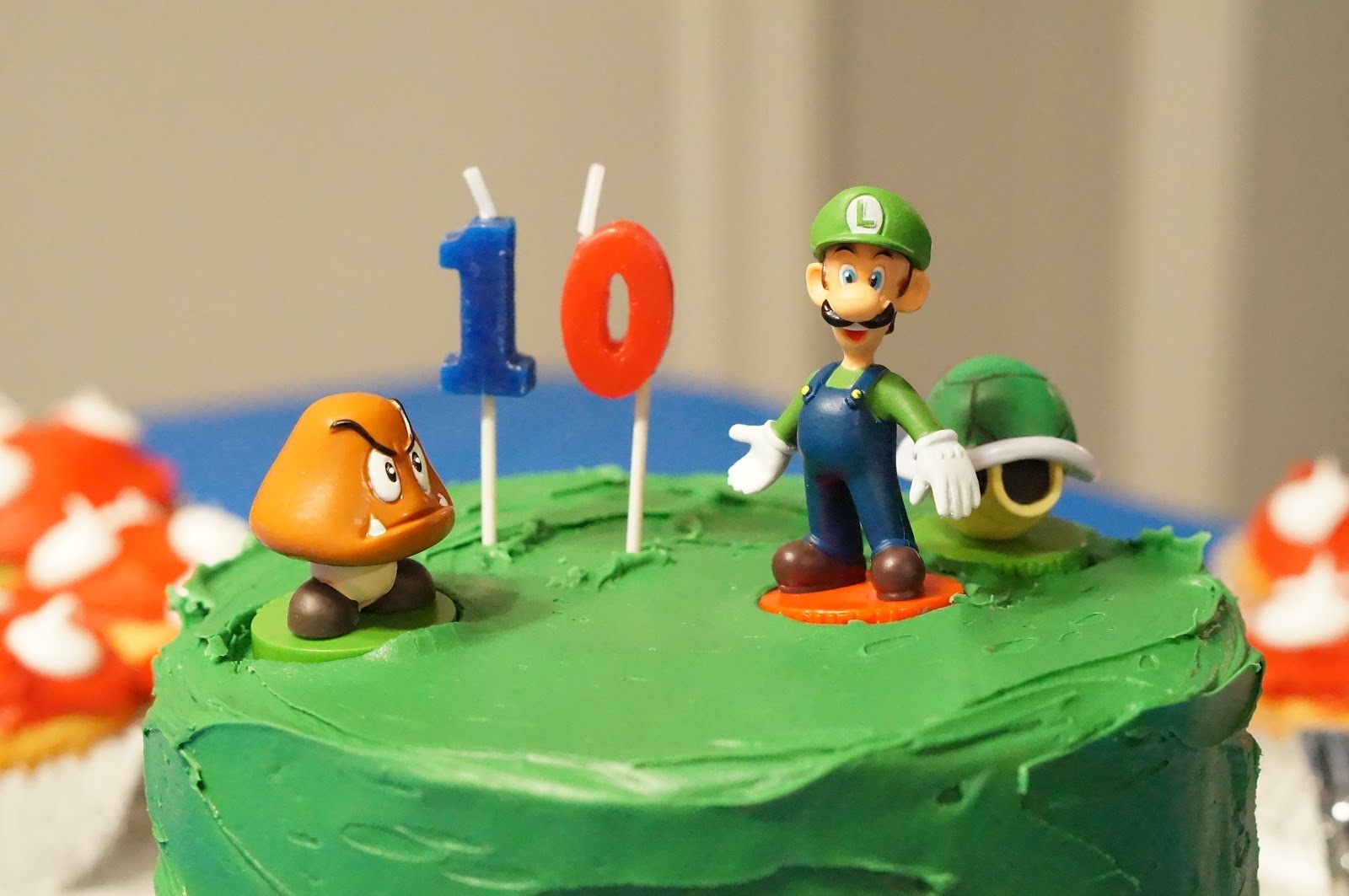 Since Christmas, he’s been really into a Luigi Haunted Mansion game, so he requested a Luigi birthday cake.  He had also received a Super Mario chess set for Christmas, so we decided to use some of the pieces to decorate the cake. I used three 6-inch cake rounds and one box of Funfetti cake mix.  I made them according to the package and put used store bought vanilla frosting in between the layers.  I used the rest of the vanilla frosting to ice the cake.  To give the frosting a sweeter flavor, I added three tablespoons of melted butter, 1/2 cup of powder sugar, and 1 tsp of vanilla extra to the store bought frosting.  To make it green, I mixed Wilton Forest Green dye and Wilton Spring Green dye. 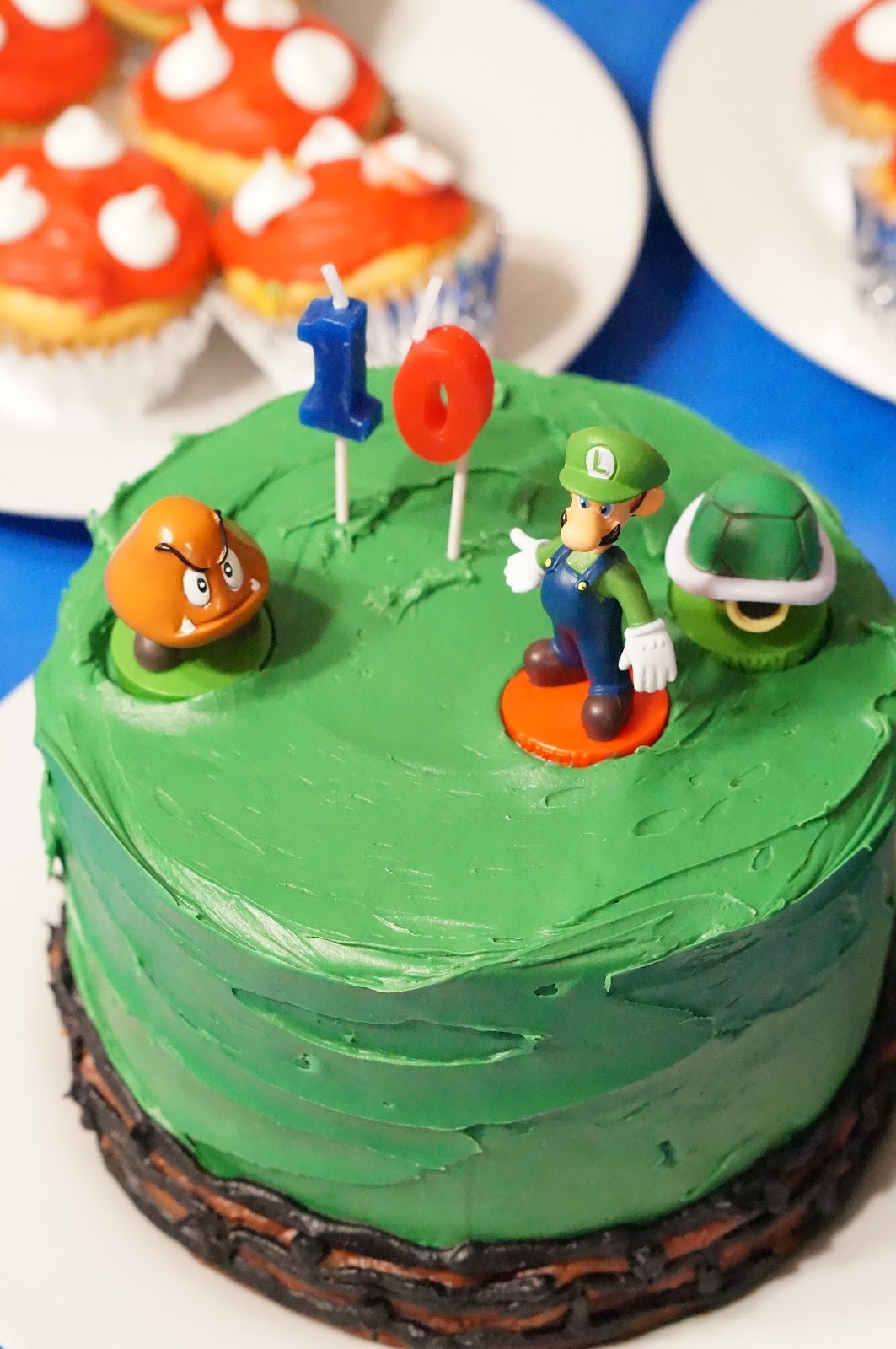 The bricks along the bottom are piped chocolate frosting and black frosting from the store.  Usually, I make all my frosting from scratch but I was short on time last week and opted for ready-made. 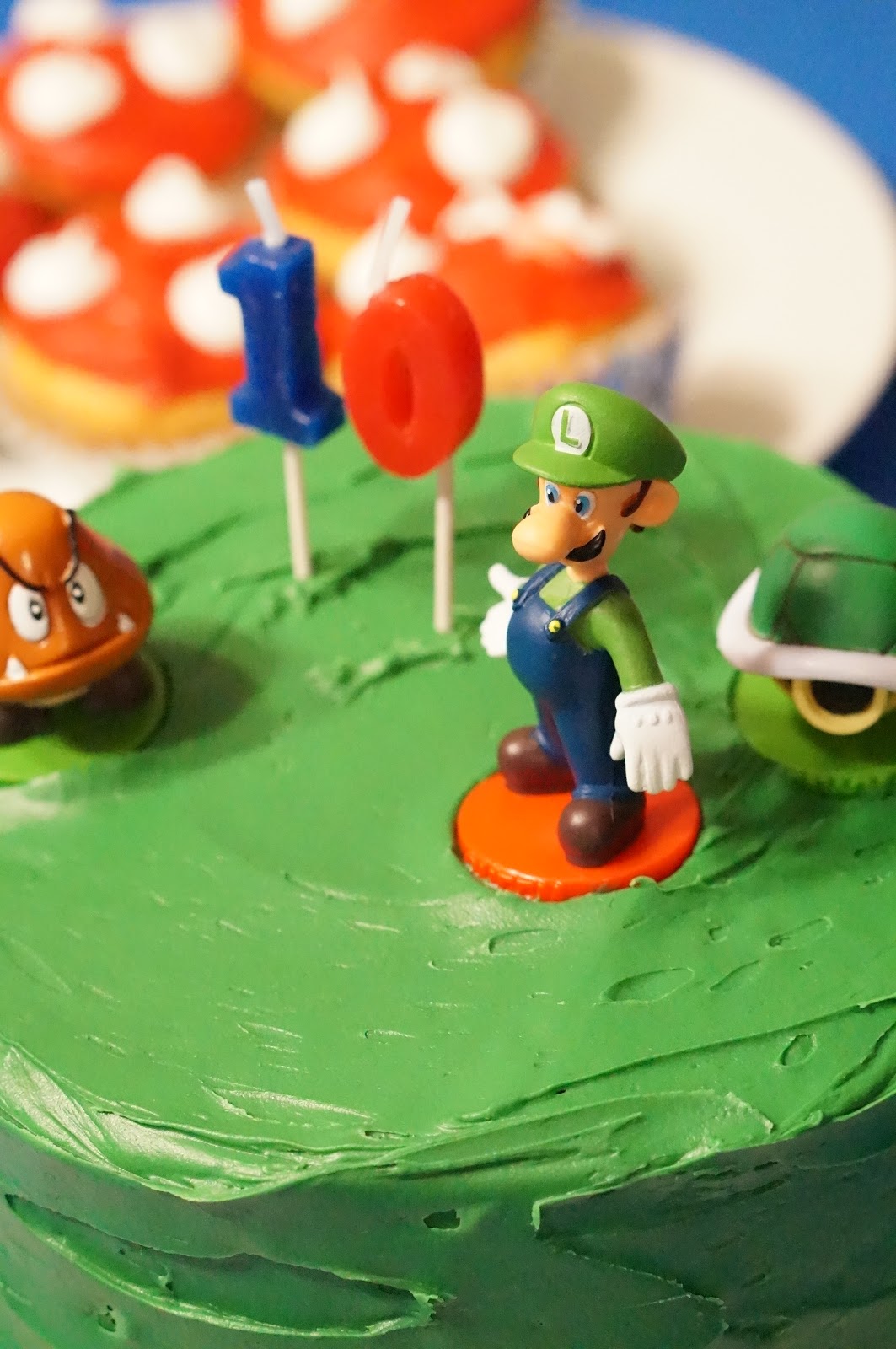 The candles are from Walmart and, like I said, the figures are chess pieces. 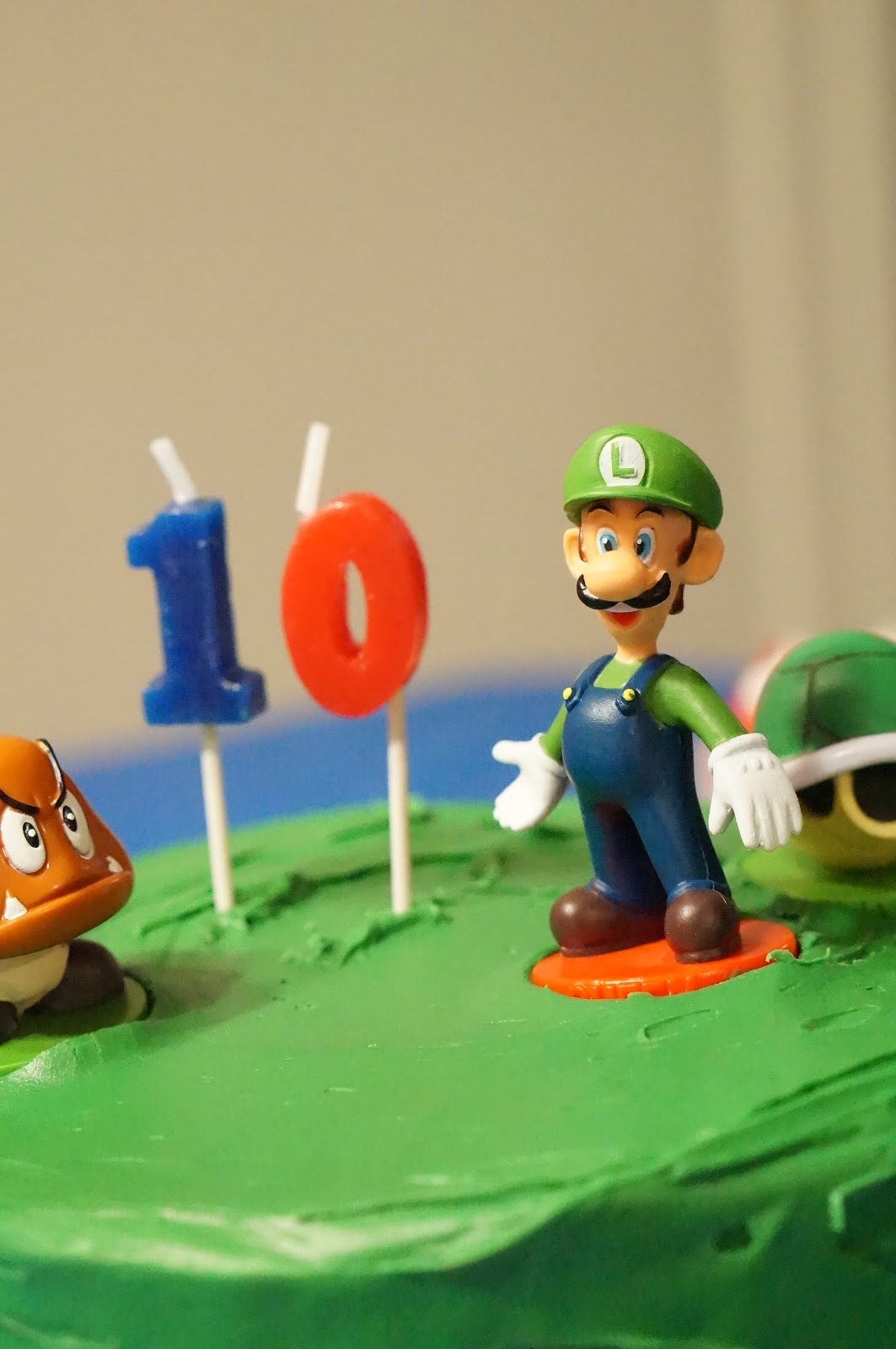 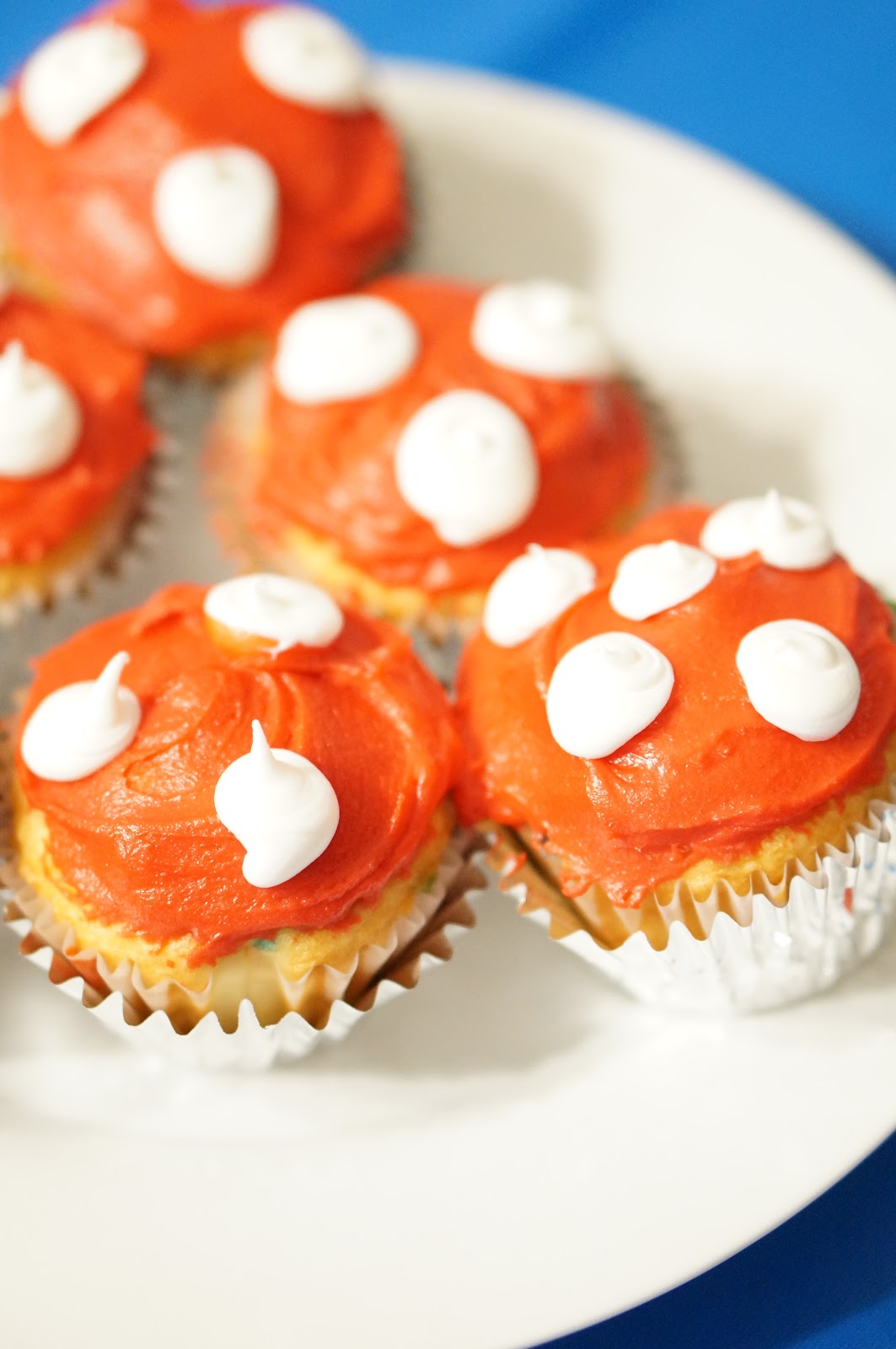 The mushroom cupcakes are also Funfett cake mix.  I bought the ready made frosting in a can that comes with different decorating tips.  I used the round tip to pipe frosting around the cupcake and then smoothed it down with a small spatula.  Then, using the white frosting and the round tip, I placed dots randomly on the cupcakes. 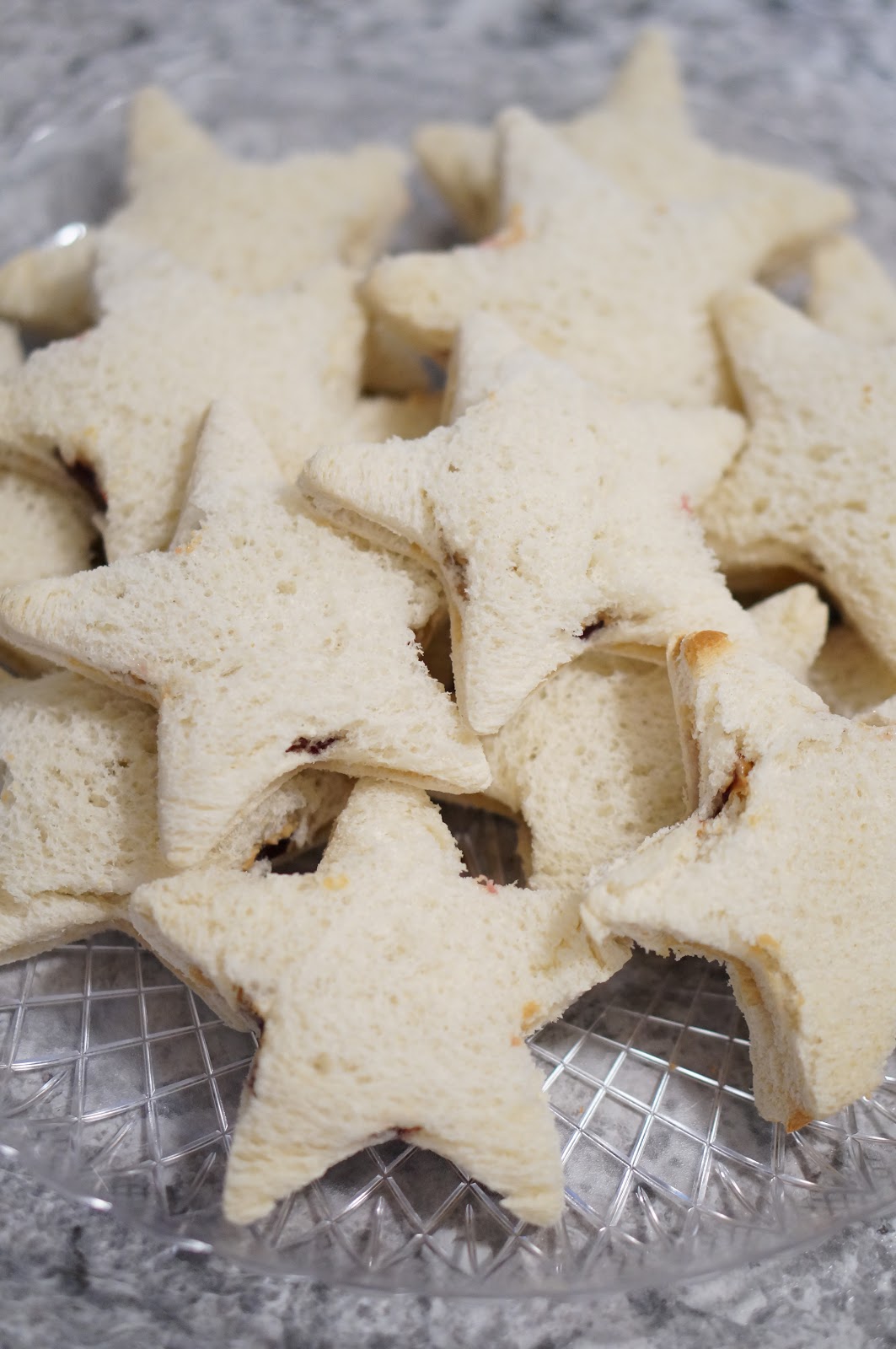 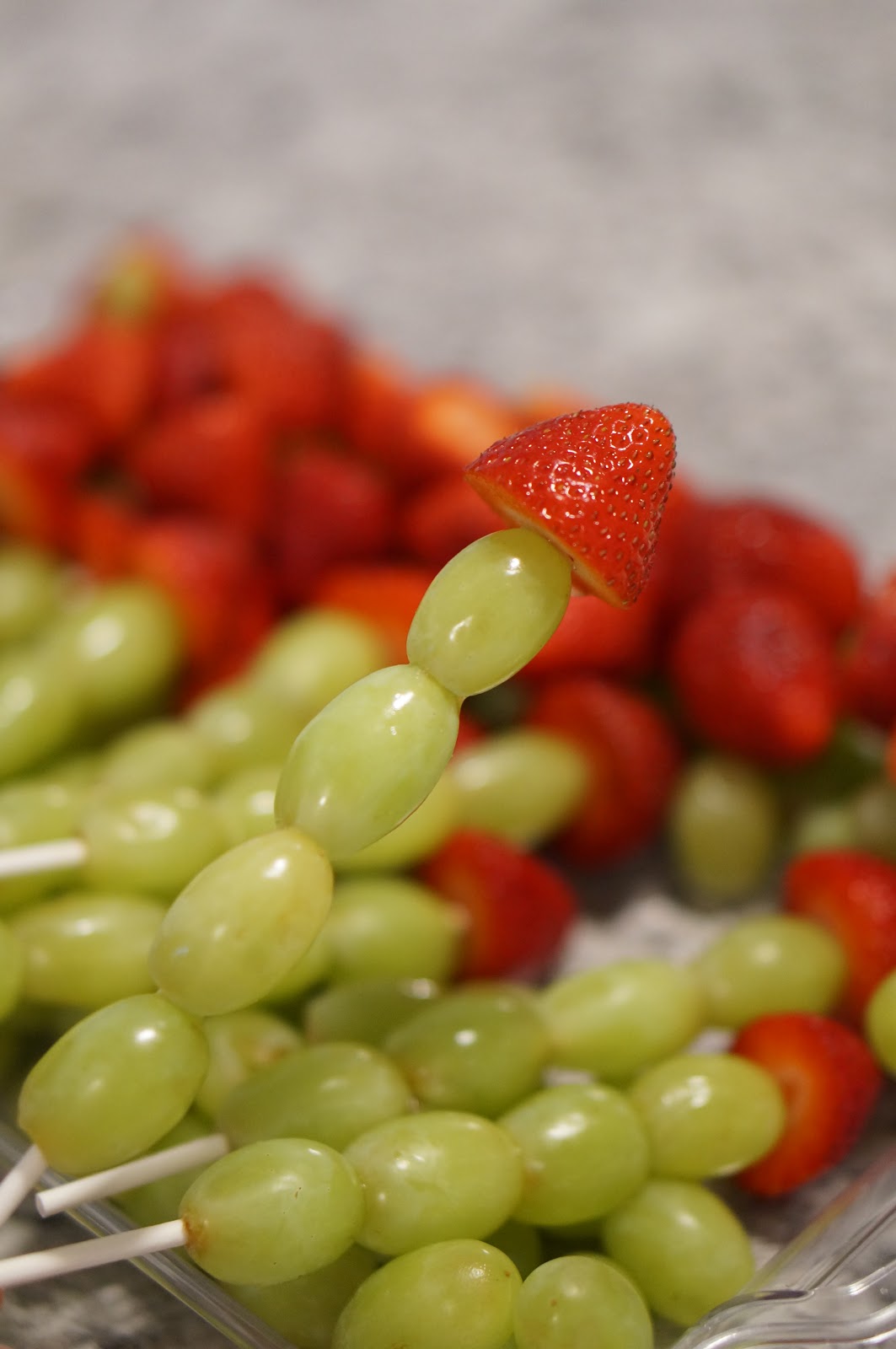 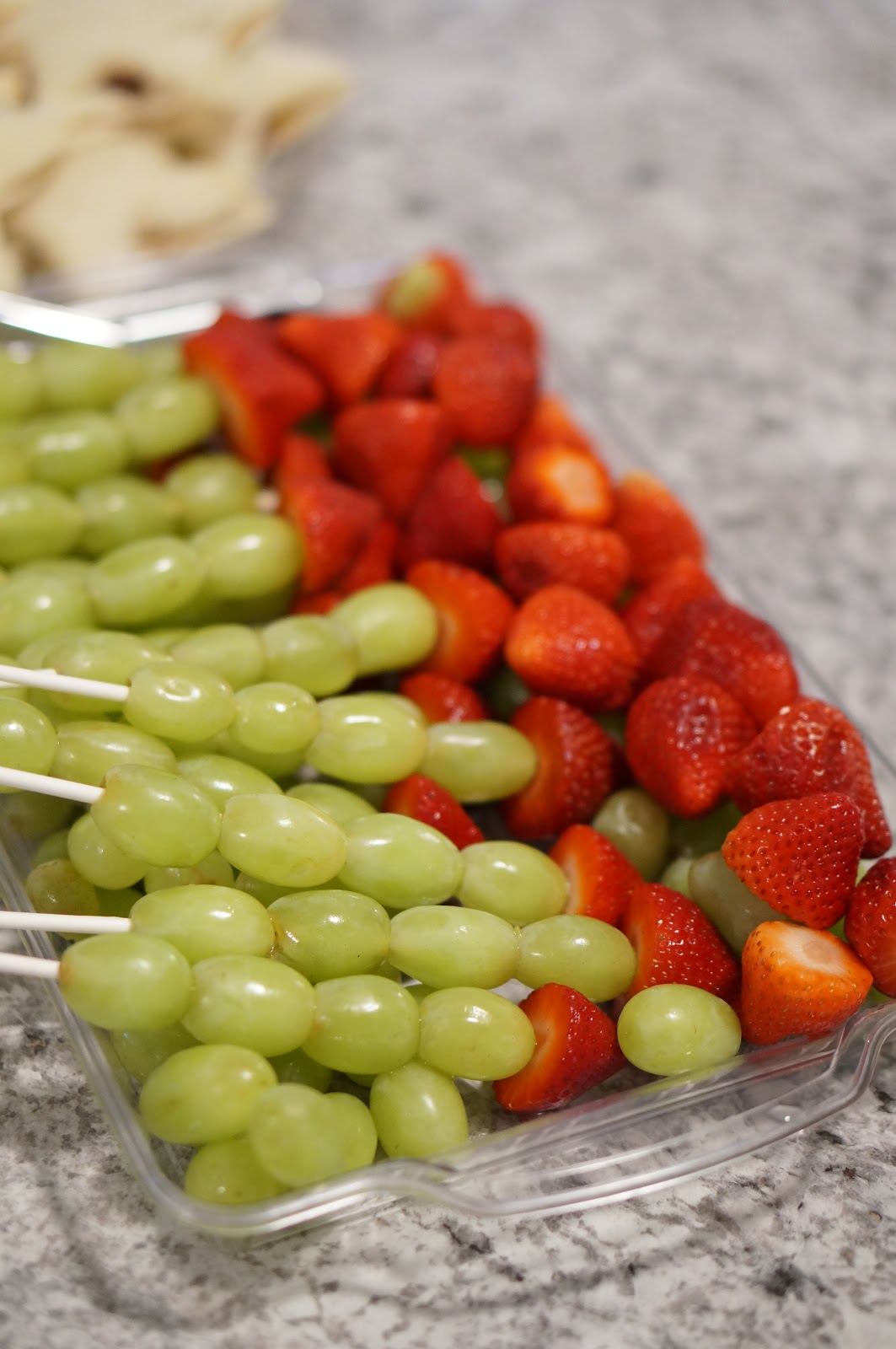 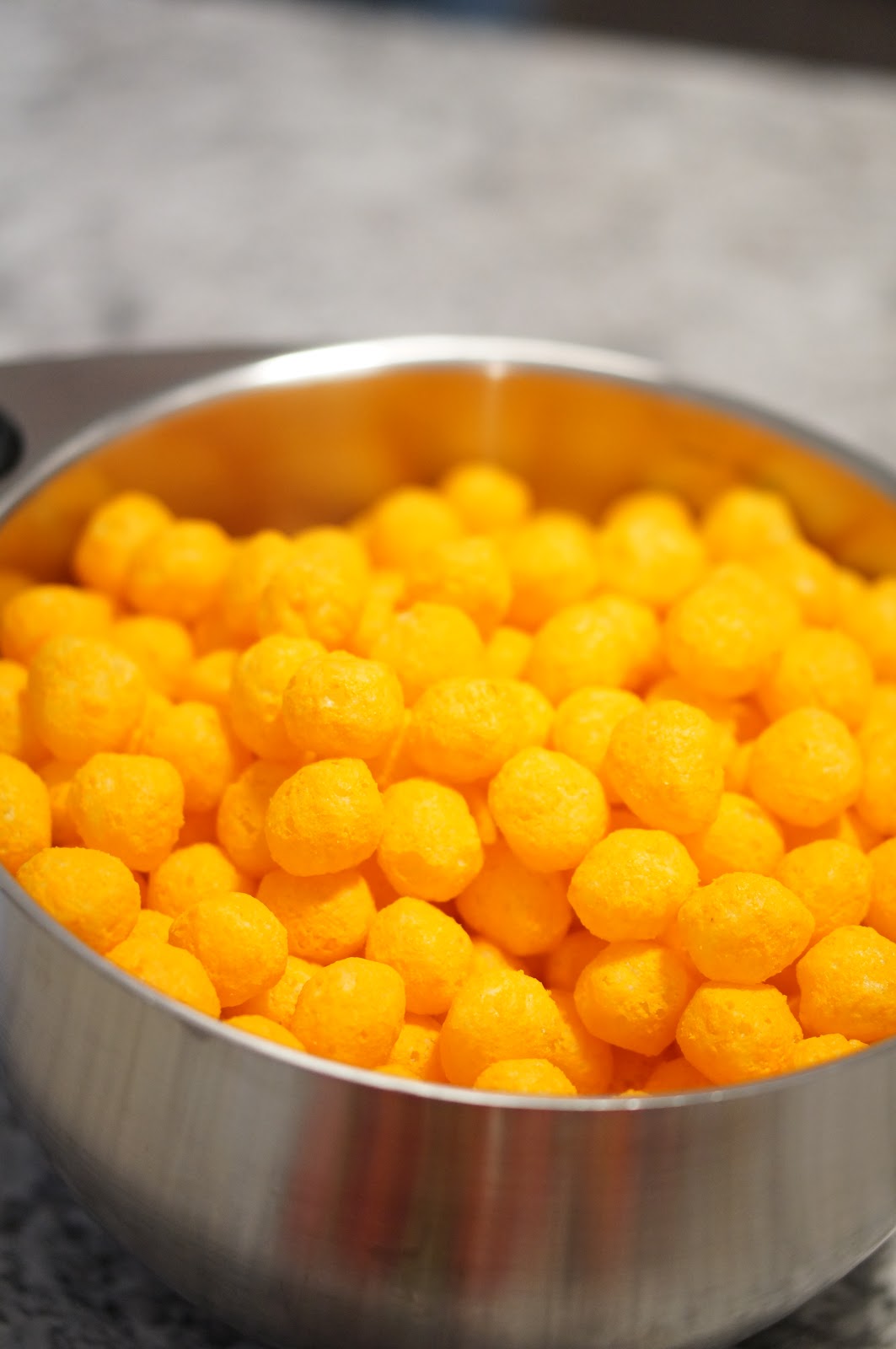 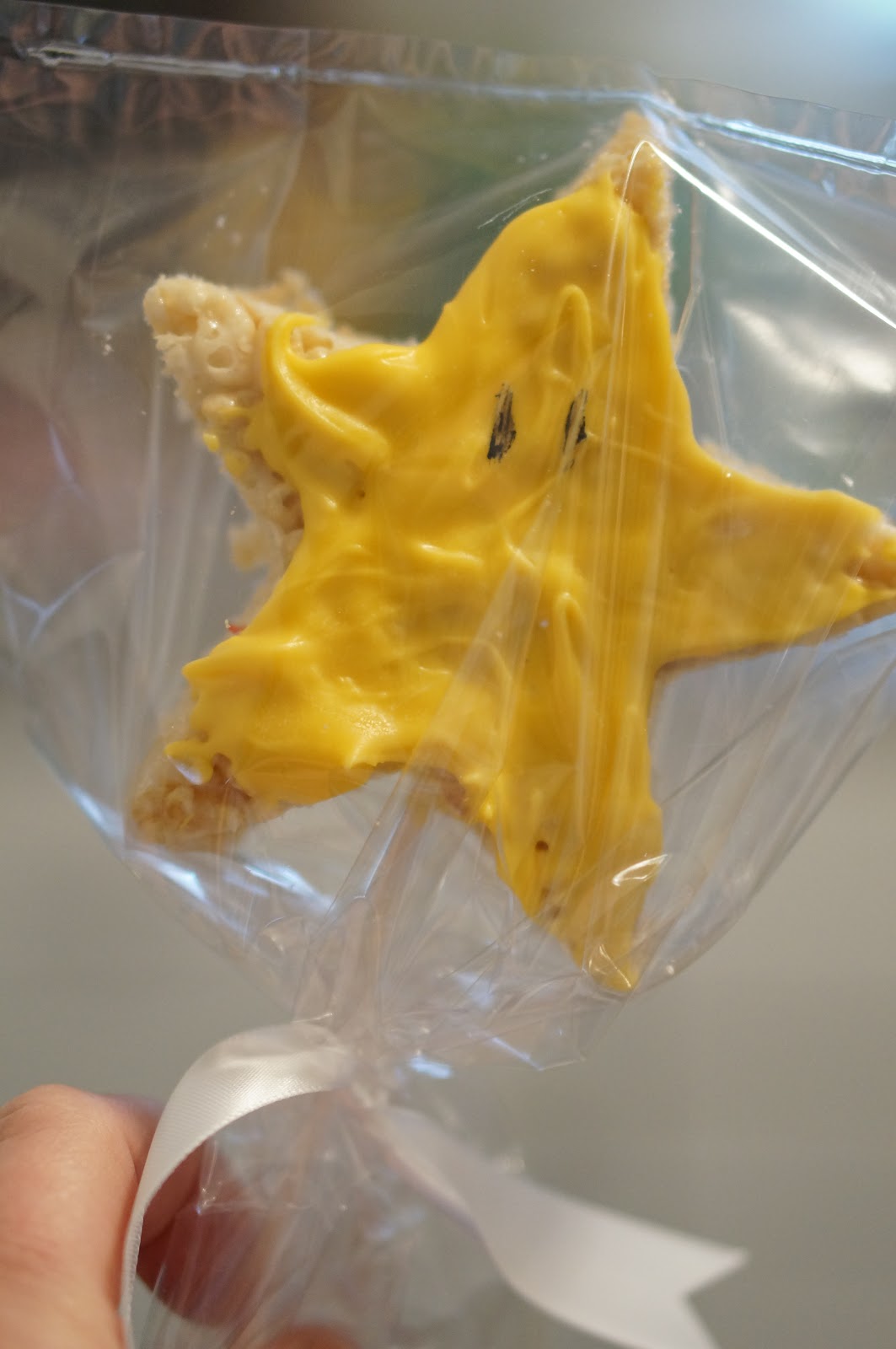 We handed out these treats to the kids. They were meant to be on the table, but they didn’t turn out exactly how I had hoped.  I saw the idea here.  I made a pan of rice krispies treats and used a star cookie cutter to cut out the shapes.  I then melted yellow candy melts  to drizzle over the stars.  It didn’t pan out so well, because the first rice krispies treat melted pretty fast.  Instead of completing covering the treats, I spread the candy melt only on the front.  Using an edible food marker, I drew eyes on the front. 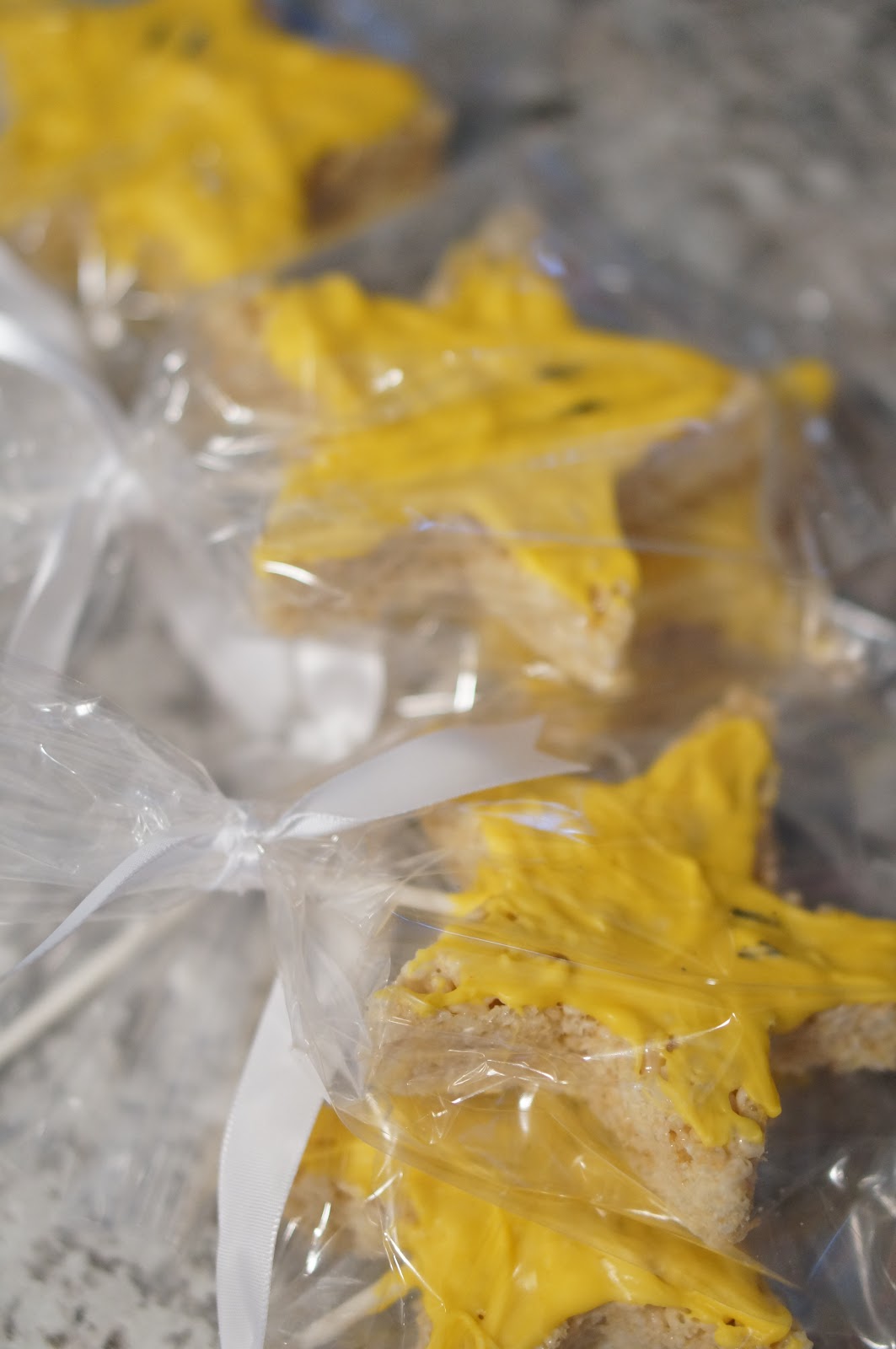 I can say, they tasted much better than they looked!  The party was a huge success. He even said it was his best birthday ever.  🙂