I told you last week I bounce around from genre to genre.  😉  This newest #rebeccareads might not be everyone’s cup of tea, because it’s a book about parenting.  Last year, I saw Janssen feature this book in her instastory.  I was instantly intrigued.  The Happiest Kids in the World is all about Dutch parenting, and it delves into possible reasons that the Netherlands contains the happiest children.

It’s written by two ex-pats, one from the US and one from the UK. Honestly, it’s one of the more interesting parenting books that I’ve read.  It covers nearly all aspects of parenting and how what it’s like in the Netherlands.  The origin of the book was actually a blog post on one of the author’s blog.  In a 2013 UNICEF report, the Netherlands was slated as the happiest place to raise children.

The writers, Rina Mae Acosta and Michele Hutchison, use their personal experiences raising children away from their homeland to explore the Dutch way of parenting.  It was so interesting, engaging, and has tangible advice for new parents.  I don’t really consider myself a new parent, since our oldest is 10 years old; however, it’s always nice to read about a different perspective and discover how it can fit into your own life. 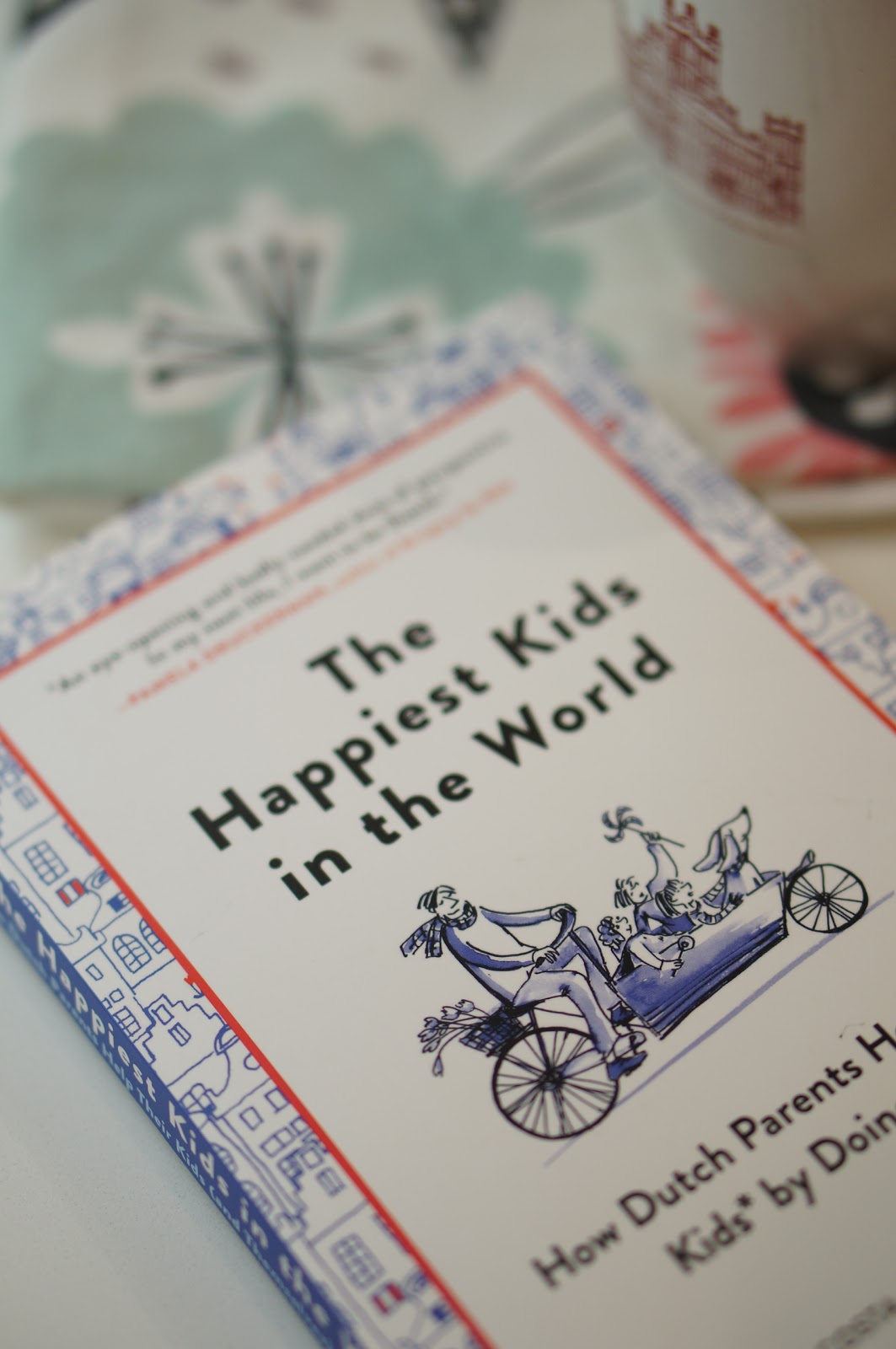 The Dutch are so laid back, which is something to which I can relate.  Their stories were pretty funny, since both writers come from slightly more uptight cultures.  My parenting style is laid back, which is part .  I could relate to a lot of the ideologies of the Dutch.  They believe that kids should have lots of time outside, lots of time to play by themselves with friends, and they should be able to travel to and from school by themselves.

This remind me of growing up in New Hampshire, where I could ride my bike to and from school in 1st grade.  I could not imagine my own kids doing that now.  Not only do we live a long ways from their school, but there are so many roads with heavy traffic between our house and their school with no bike lanes.

Mostly, this was a fist-pump-inducing book for me, as a mom.  I was all “Yes!  Play time for all the kids!”  “Yes!!  Teach independence early!”  “Yes!!  Focus on quality family time!”  These are all seemingly small things but they create a solid foundation early on in life.

You get the idea right?  The Dutch focus on preparing their children for their future adulthood, but they also mix in a lot of relaxing fun time as well.  They believe that children learn through play.  Dutch children even have a huge role in deciding what school they go to (when they’re teenagers).  The chapters about their education system were very, very interesting.  It’s just so different than here in the US.  I mean, it’s not a secret that the US Education System is not serving students as well as it should.  The Dutch are so casual about education, and it’s not competitive like it is here.  I’m sure they also have their share of problems, as no system is perfect.  It just resonated with me in so many ways.

This book was interesting from cover to cover.  There are some ideas that are stated over and over and over again.  It does get a bit monotonous, and I wonder if the authors actually incorporate Dutch principles in their parenting (based on how many stories they had to share).  If you’ve read Bringing up Bébé and you enjoy reading about parenting styles in other countries, I find this one to be far better written than Bringing up Bébé.  That one was still enjoyable, but The Happiest Kids in the World has tangible advice that you can actually use (should you want that).  If you don’t want parenting advice, it’s still an enjoyable read.

Have you read The Happiest Kids in the World?  What did you think about it?