It’s been a while since I’ve gone a reading binge.

So, friends… I went on a reading binge and the books were of the adult romance variety.

I’ve read quite a few adult romance novels, but this is the first time I’ve felt the need to review a series because they are just that good.

So, without further adieu, let’s enter a #nojudgezone (in relation to adult romance novels) and I’ll share my thoughts on The Winston Brothers Series by Penny Reid. 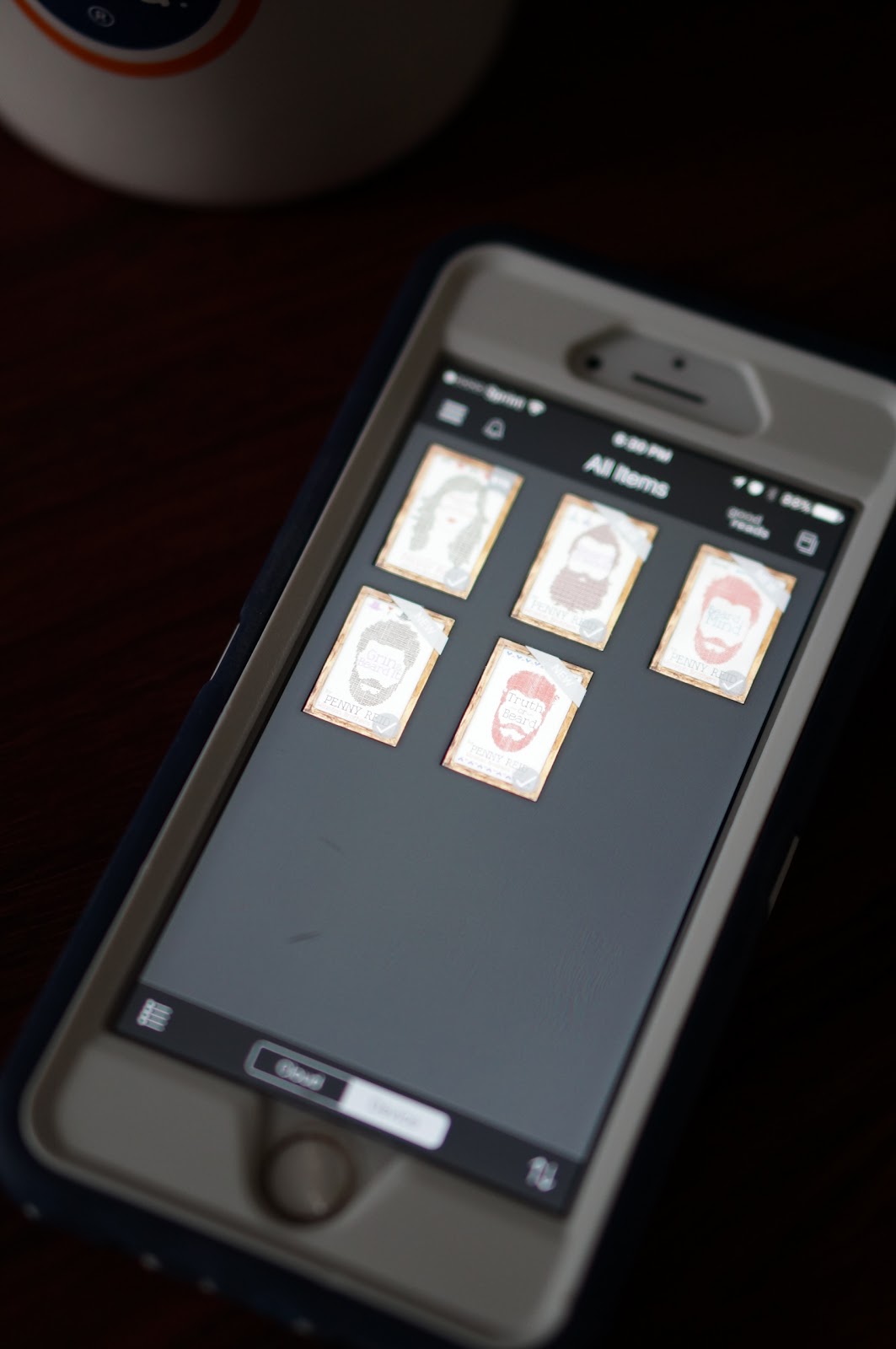 Let’s back up a bit.  Last year, I came across Kristen Proby’s book and immediately fell into a reading blackhole that involved reading her Seattle series, then the New Orleans series, then the Montana series, then any short stories I could get my hands on, and so on and so forth.  I’ve literally read every single one of her books and/or stories that have been published.  I went on an ‘adult-romance-reading-hiatus’ after that, because nothing else seemed as good as hers.  And, quite frankly, I just bounce around from genre to genre.  I go on a binge reading one particular genre for a while and then move onto something else.  I’ve patiently been waiting for another author’s work to catch my eye.  In the meantime, I’ve read some Meredith Wilder (okay, but too racy for me), Jennifer Probst (okay, but lacks character development, plus her last book was a solid 1 star), etc…

Most adult romance novels seem too cheesy, or the covers are kind of stupid, or the plot’s been done a million times before, or the writing just wasn’t witty enough.

And then I discovered Penny Reid.  Her covers feature cross-stitched bearded men.  Her titles are plays on words.  She’s witty.  Her characters are likable.  And when she featured a quote by Joe Abercrombie …. I knew she was going to be the author for me.  In fact, she is the quote master, where I’m concerned.  Each chapter starts with a quote that relates to either what’s going on in the story or what’s going on with the main character.  They’re either funny or insightful or both.  I love it.  There’s a reason her tag line is “Smart Romance.”  It’s exactly what I’ve been wanting for a long time.

As far as this review is concerned, this is a review of the books up to book 4.  There are kind of 4.5 books in Winston Brothers Series.  This series is a spin off of her Knitting in the City series.  Book #0.5 is basically the beginning of the story, but it’s also book 4 in Knitting in the City.  I can tell you, I did not read them in the ‘correct’ order.  I read 1, 2, 3, 0.5, and 4.  If I could do it all over again, I would read them in order just because I’m ocd like that.  But, you don’t have to read 0.5 first to understand the stories.

The books are set in Green Valley, Tennessee.  The follow the six Winston Brothers (and their sister Ashley, who starts off the series in 0.5).   They are all bearded, manly, and get into mischief.  Right off the bat, I loved the family dynamic.  All of the siblings have a strong bond after being raised by their amazing mother and not-really-raised by their dead beat dad.  Each book features one brother’s story of finding love and working through the baggage of their past.

Book 0.5 starts off with their mother being critically ill and the sister Ashley coming back home to take care of her.  You’re introduced to all the brothers and some of their family friends.  Book 1 features Duane, one of the twins (the ornery one).  Book 2 features Jethro, the almost-dead-beat who turned his life around and became a park ranger.  Book 3 features Cletus, the socially awkward brother.  Book 4 features Beau, the other twin (the nice one).  Books 5 and 6 are supposed to be published in 2018.  Those books should be about Billy, the oldest brother and Roscoe, the youngest brother.

As you get further into the series, you’re given more tidbits about the town they live in.  At one point, when I was telling my husband about the series, I compared it to the show Riverdale (only with adults).  It’s a small town that has not only a long history but also has a few families who have lived there for generations.  Everyone’s connected in some way, and everyone knows everyone else’s business.

If you like adult romance in anyway, I highly recommend this series.  It has decidedly less of the ‘romance’ content, if you know what I mean.  In my opinion, it has the perfect balance of plot, character development, sense of place, romance, and wit.  There have been many times that I’ve literally lol’ed while reading these books … and then five minutes later, I’m wiping away a tear.  Penny Reid is a talented author and I can’t wait to read more of her books!

I would hate to review each book and spoil anything, so here’s a short synopsis of each book I’ve read & what I like about them. 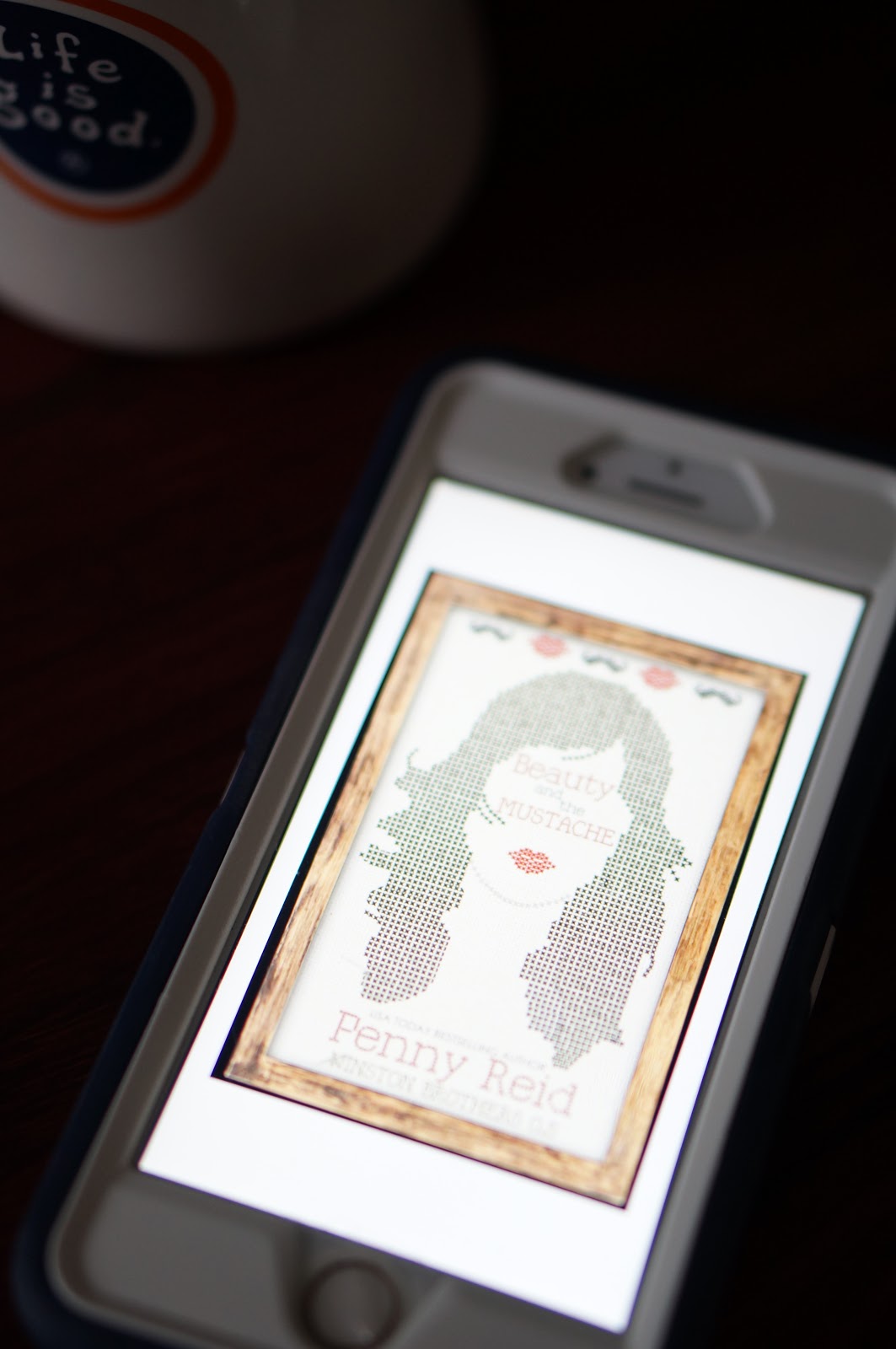 Beauty and the Moustache (Knitting in the City #4 and Winston Brothers #0.5)

This follows Ashley, the sister to the six Winston brothers, as she travels home to see their mom in the hospital.  She discovers that her mother is terminally ill.  Ashley is actually a nurse in Chicago and decides to stay home in Tennessee to take care of her during the last weeks of her life.  During that time, Ashley meets Drew, who is a close family friend.  Since Ashley has been gone from Tennessee for 8 years, she gets to know her brothers again and falls back in love with her hometown … and falls in love with Drew.  I really enjoyed Ashley’s character, but Drew annoyed the heck out me.  You do get a bit from his perspective at the end, so that did help me understand his character a little bit more. 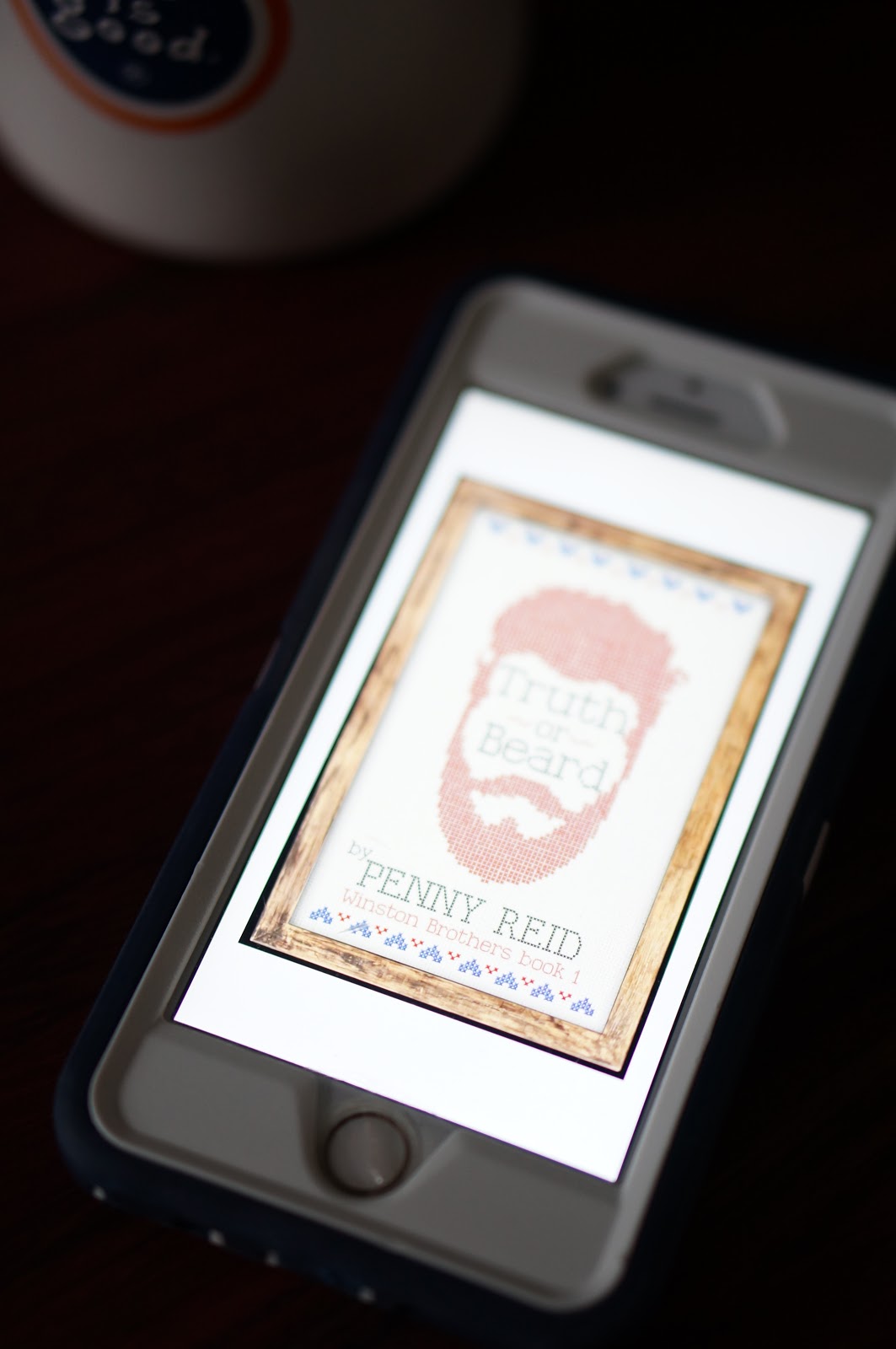 This is the first book in the Winston Brothers series, and this centers around Jessica and Duane … or is it Beau?  😉  Duane and Beau are the twins, and Jessica has had a crush on Beau since they were teenagers.  One Friday night at the community jam session, Jessica mistakes Duane for Beau when Duane kisses her and … the rest is history.  Their journey is quite a rocky road, but I really enjoyed their story. 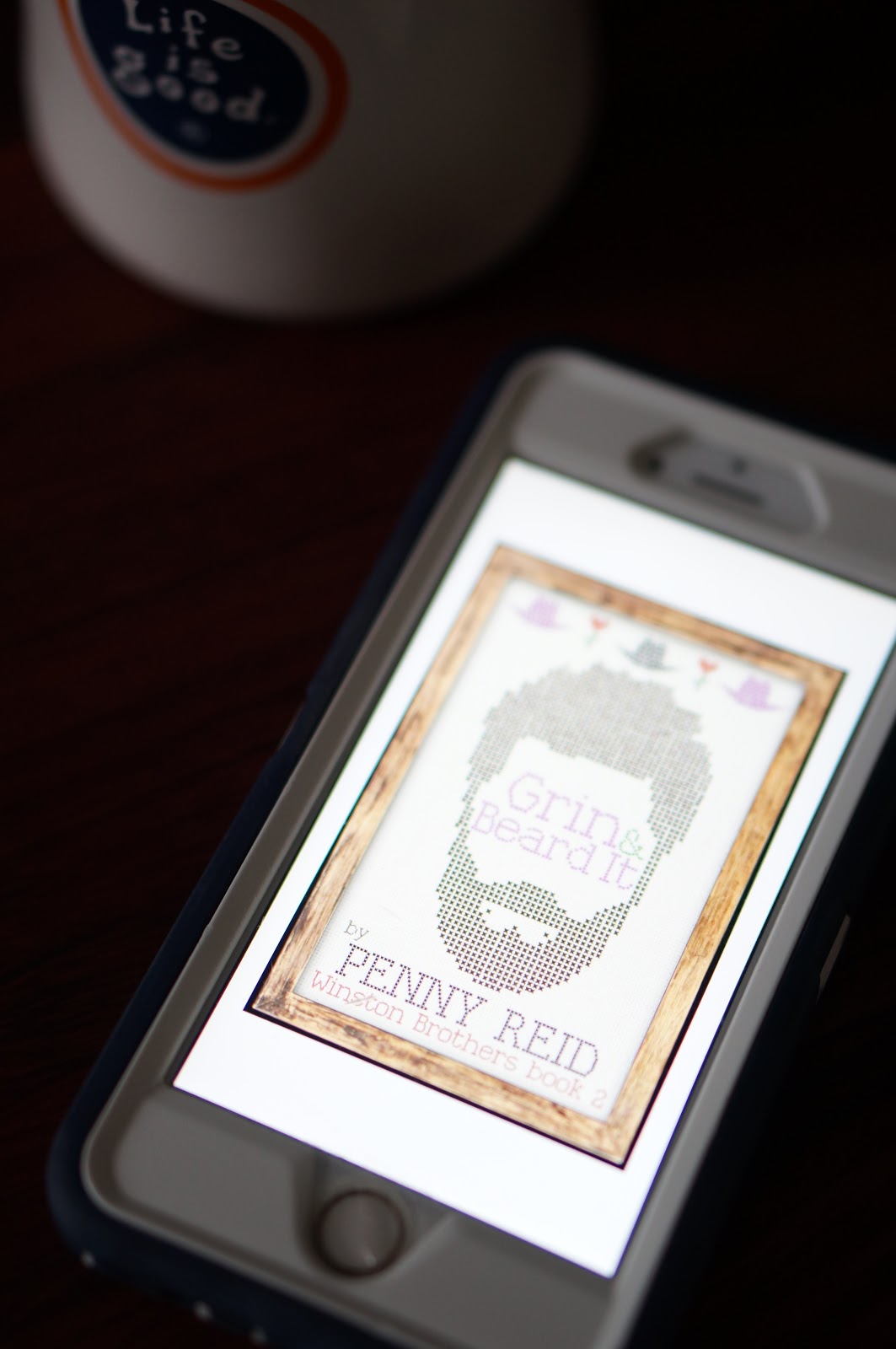 Grin and Beard It

The second book in the series centers around Sienna and Jethro.  Jethro was the almost-deadbeat who turned his life around and became a park ranger.  Sienna is a famous movie star/comedian who is filming her latest movie at the national park in Jethro’s hometown.  They were instantly attracted to each other, but they had a lot of baggage to get through first.  It didn’t help that Sienna’s annoying, meddling ex-boyfriend was also on set, trying to muck up everything for Sienna and Jethro.  If I had to rate all the books, this would be my second most favorite.  It is so incredibly funny.  Penny Reid really does a good job of writing her characters distinctly different.  Sienna is a comedian, and she had the funniest lines.  Everything she said or thought had me laughing.  She also had me googling whether or not Mothra has nipples…  Just .. don’t ask.  Don’t google.  Just read the book. 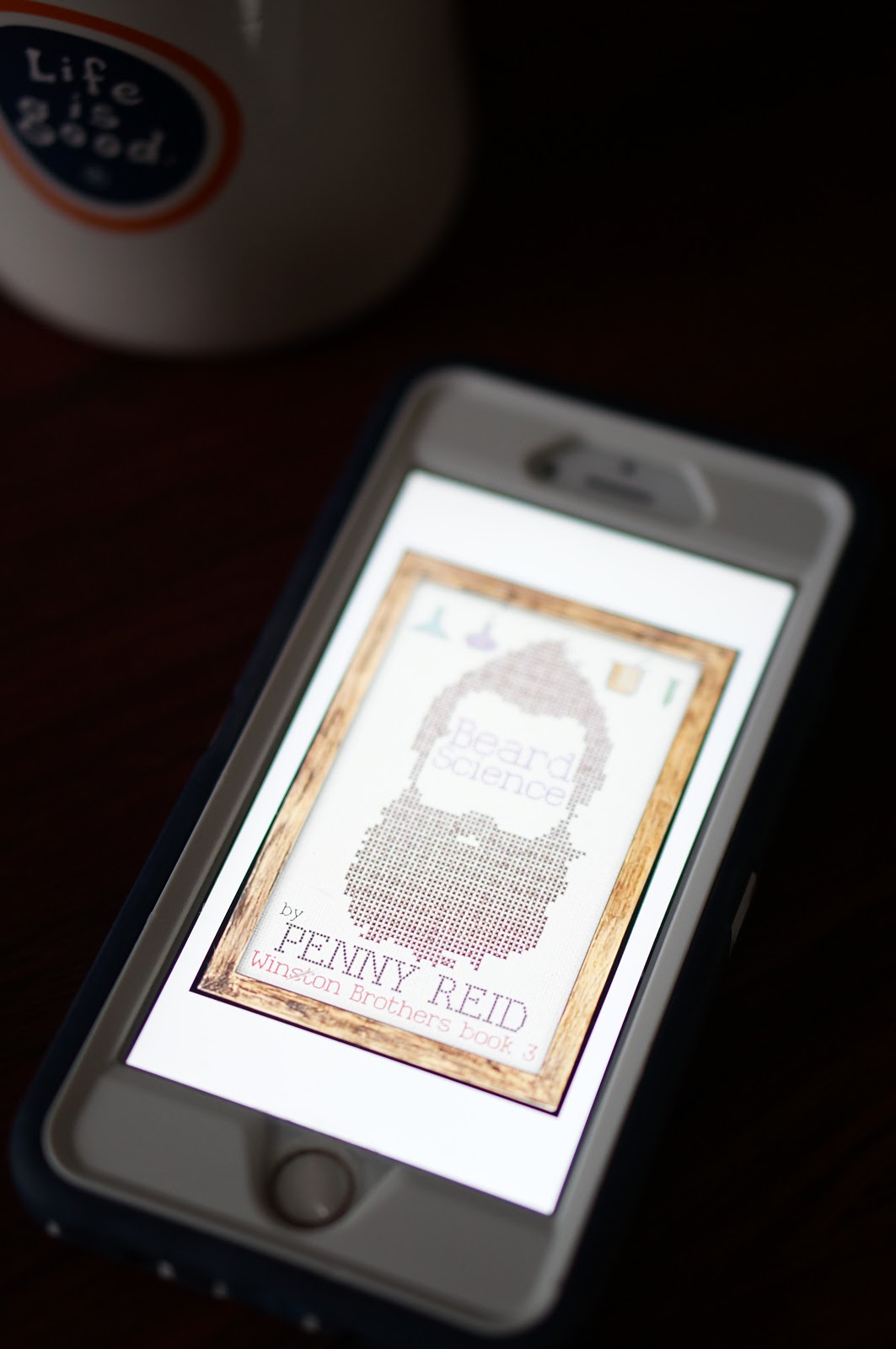 The third book in the series is hands down my favorite.  This book was so touching.  This one is about Cletus, the socially awkward, slightly genius Winston Brother.  He becomes involved with Jennifer, the Banana Cake Queen.  Jennifer runs the bakery in town, which she loves even though her mother controls all aspects of it.  In fact, Jennifer’s parents control every part of her life even though she’s an adult.  Jennifer is presented with a unique opportunity to blackmail Cletus into helping her be more social/learn how to date/etc, and they slowly develop a relationship.  The premise of their story sounds weird and kind of cheesy, but it totally makes sense once you read it.  It’s a heartwarming love story. 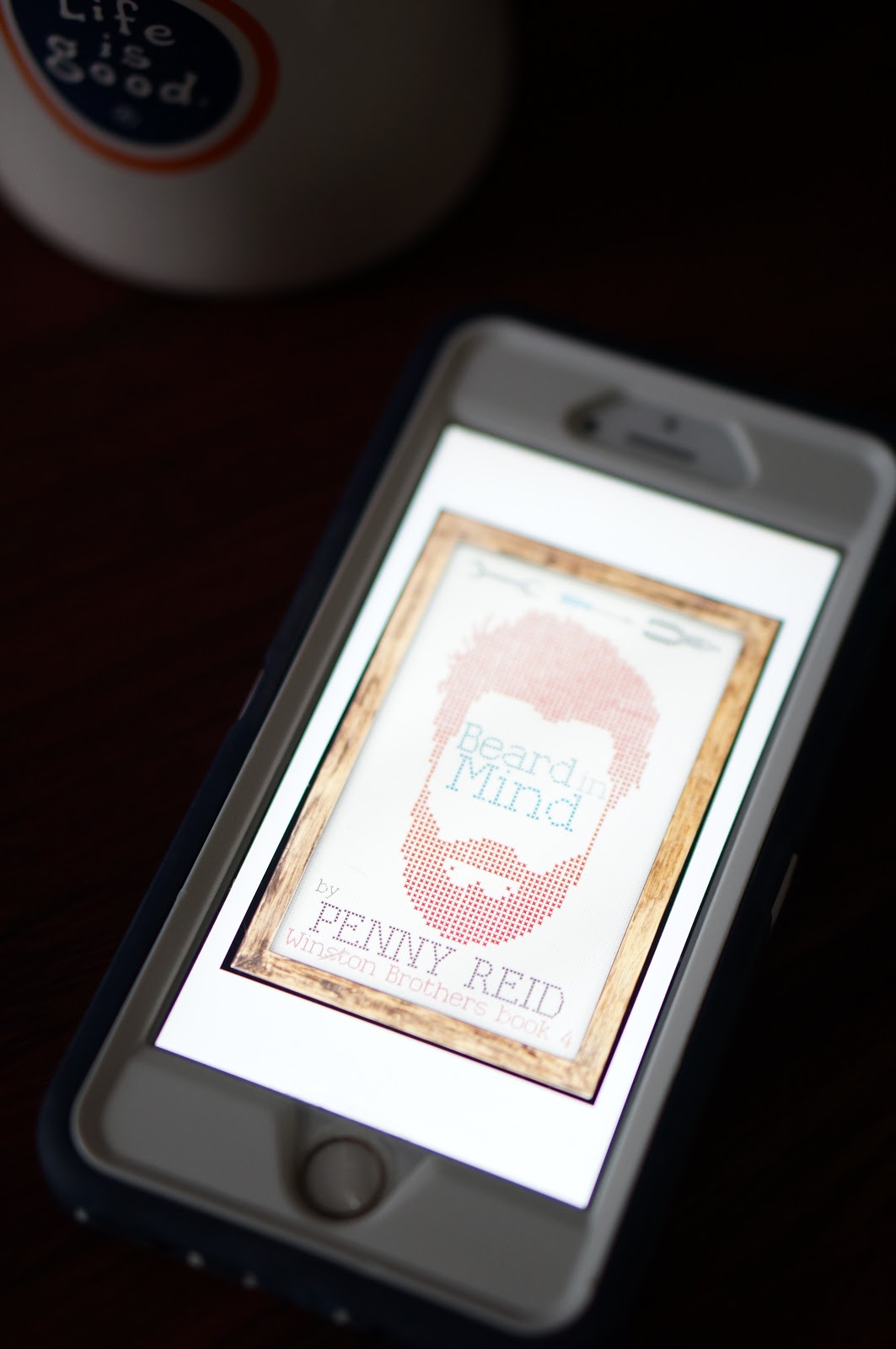 This is the most recent release & the fourth book in the series.  If you’ve read the books in order, you’ve already heard one of the twins’s stories.  This book is about the other twin, Beau.  He is known as the nicer twin, although the end of the third book has him showing his mean side.  Cletus and Beau run the Winston Brothers Auto Repair Shop, and Cletus hired a girl named Shelly behind Beau’s back.  Shelly is a bit anti-social and she’s a little blunt when she talks.  She and Beau get off on the wrong foot when they first meet, but it’s actually  hilarious.  At this point in the series, it’s really nice to learn more about the background characters I’ve seen in the other books.  I really liked Beau and Shelly’s story.

Have you read any of Penny Reid’s books?  Let me know what you think!