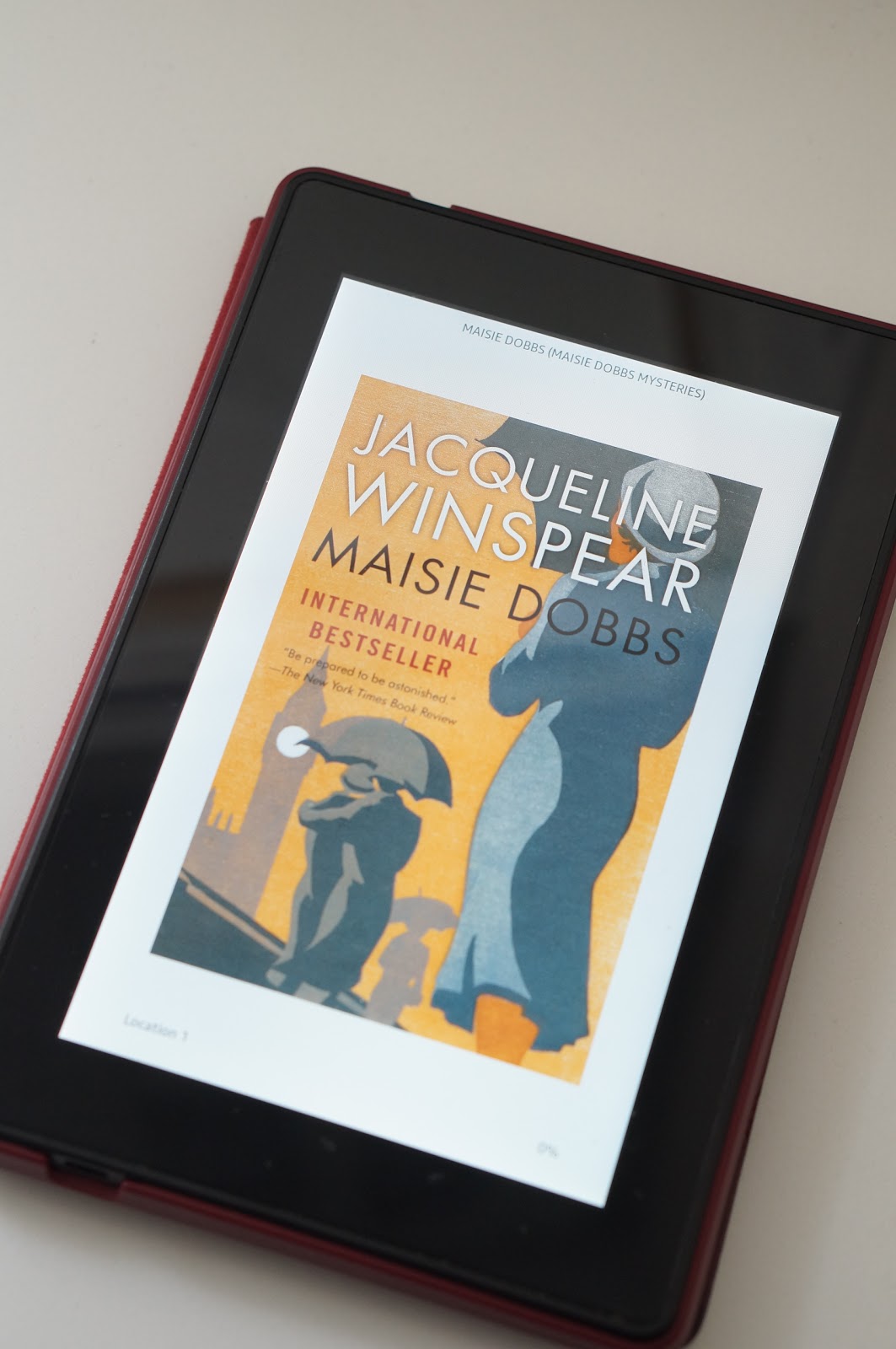 This book has been on my to-read list for such a long time.  I am a huge fan of murder mysteries and mysteries, in general.  Historical fiction is also one of my most-read genres, so this really combines two of my favorite categories to read.

Maisie Dobbs starts off with Maisie opening her first office as an investigator.  WWI happened one year prior, and her first case brings back her memories of the war.  She employs an assistant named Billy Beale, who was a soldier in the war whom Maisie and her boyfriend Simon (she was a nurse, he was a doctor) saved after he had an injury to his leg.

After Maisie’s first case is seemingly closed, the author flashes back to Maisie’s time as a young girl when she was employed by Lord and Lady Compton.  Lady Compton liked Maisie and connected her with Maurice Blanche.  Maurice was a doctor who became Maisie’s mentor and tutor before she went off to college at Cambridge.

During her time at Cambridge, WWI starts and Maisie decides to join as a nurse.  She lies about her age and a year later is off to France.  She connects with a gentleman she met before she joined, and they fall in love.

Her first case sparked Maisie’s interest to dive deeper into an organization called The Farm.  The Farm is a place in the country where soldiers who were seriously disfigured by shrapnel, etc., can live in peace.  It is run by a former soldier who goes by Major Jenkins.  At first, it seems like a quaint place in the countryside.  However, Lady Compton asks her to dig around a bit before their son James decides to live there.  What Maisie uncovers was sad and disturbing, but there was a good ending to the story.

I really enjoyed this book, even though there were a couple things that bothered me.  For example, all the action was kind of ‘off screen,’ if that makes sense.  Maisie would magically investigate something.  Instead of ‘seeing’ her investigate, she just said she did it.  Granted, the book would be a lot longer if all those details were included (I’m looking at you, Tana French), but it felt like I was just reading the highlights of the story.  This definitely made for a quick, satisfying read.  As a character, Maisie can be annoying at times.  She’s kind of anti-social and it doesn’t really  make sense.  I want to know why she doesn’t have a lot of friends.  I want to know if she and Simon get together in the end.  I want to know what she did for those 10 years after the war.  So many questions!

I was also pleased to see that this is a series.  The next book is Birds of a Feather.  I do plan on reading it, and then I will decide whether or not to continue the series.